'The lunatics had taken over the asylum': Giles Martin on The Beatles' White Album 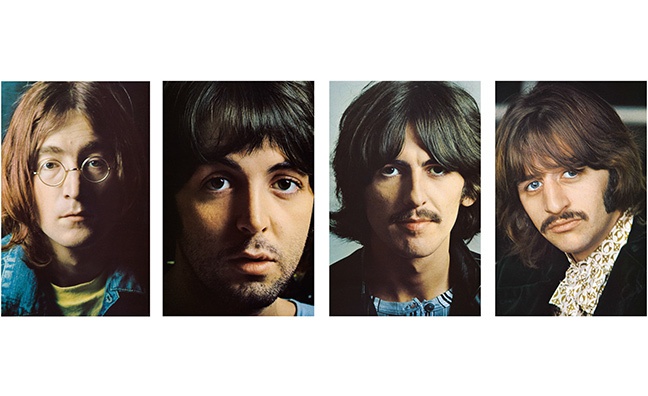 Producer Giles Martin has spoken to Music Week about his work on The Beatles' White Album 50th anniversary reissue.

The seminal double album’s 30 tracks have been remixed by Martin and engineer Sam Okell in stereo and 5.1 surround audio, joined by 27 early acoustic demos and 50 session takes.

Martin, who was recently appointed by Universal Music Group (UMG) to a new global role as head of audio & sound, has previously overseen the chart-topping 2017 Sgt Pepper’s Lonely Hearts Club golden anniversary set and packages such as the Grammy-winning Love, co-produced with his father, the legendary “fifth Beatle” Sir George Martin. The White Album sessions are known to have been an unhappy time for Sir George.

“It became a double album because, to a certain extent, the lunatics had taken over the asylum,” said Giles, speaking to Music Week at Abbey Road Studios. “My dad certainly had less influence on the White Album than on their previous albums and it wasn’t a good experience for him.

"He loved efficiency – the biggest argument we ever had was about me not measuring Pimms – he loved everything to be in place and the White Album isn’t that; it is this collection of songs they recorded and then decided, ‘Right, we’re going to put everything out’.”

After the first three months of sessions, George Martin took a three-week holiday from the studio, leaving the control room in the hands of his young assistant Chris Thomas and balance engineer Ken Scott. Scott had taken the place of engineer Geoff Emerick, who left the sessions in mid-July. The power vacuum was further exacerbated by the death of Beatles manager Brian Epstein the previous year.

"To a large extent, the band produced themselves – that’s the way the White Album worked – they closed ranks,” added Martin. “I think a lot of that was to do with the fact that they’d been living out of each other’s pockets on all the other albums, and if you’ve been on tour you latch onto the first person you haven’t been on tour with.

“With the White Album, they hadn’t been on tour, they went to India together and that was it. So, contrary to what people think, they were enjoying spending time together.”

The 50th anniversary special edition (Apple Corps/Capitol/UMe) will be released on various formats on November 9, and includes the so-called “Esher Demos”, which were recorded at George Harrison’s house in Esher, Surrey.

“With a project like this you’re trying to tell a story, to give a glimpse to the creative process of making an album," said Giles. "So to suddenly find 27 tracks, which are basically acoustic unplugged demos of the songs on the White Album, made my life easier."

Subscribers can read the full interview with Martin here.