"The music is helping me heal": Gregory Porter on his most important album yet 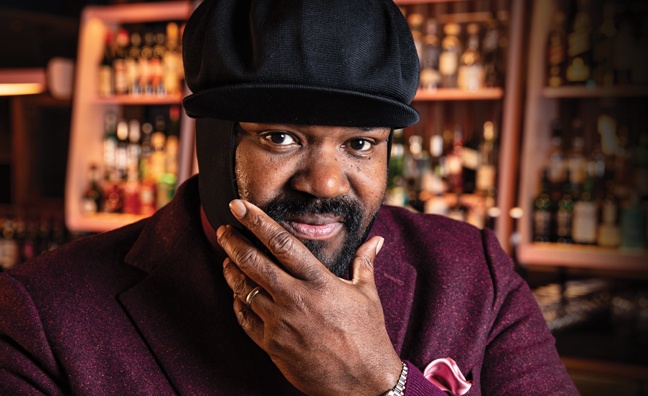 In the new edition of Music Week, we celebrate the career of modern jazz phenomenon Gregory Porter ahead of the release of his brilliant new album All Rise. The record is due to finally arrive on August 28 via Decca/Blue Note, having been pushed back from its original April release owing to the coronavirus pandemic.

In a wide-ranging interview, Porter talks about the making of his new album, the state of jazz in 2020, his feelings about the word ‘urban’, his acclaimed podcast, why labels shouldn’t overlook older artists and also how his new songs have given him strength in the aftermath of losing his brother to the coronavirus.

“The music that I just made is helping me heal,” Porter told Music Week. “I didn’t know it would be a balm for this pain, but it is.”

At the heart of All Rise are songs about identity, race and humanity which seem extraordinarily prescient. Way back in January, the video for All Rise’s first single, Revival, opened with footage of African Americans being arrested by police officers as news audio from the aftermath of Rodney King’s infamous 1991 assault by the LAPD plays.

“I realised that it would really be a call to humanity,” said Porter. “We have a history of compartmentalisation and segregation of black people, black issues, black problems, but it’s a larger concern, a human concern. It’s not a young black man issue, it’s a human rights issue. And guess what? We’re all humans. Freddie Gray, George Floyd... They’re more than just some dude on the street; their lives mattered more than maybe even they knew because there’s been a profound reaction to their demise.”

Porter also detailed his own experiences of some of the challenges he has faced as a black artist working the music industry.

“It’s subtle,” he said. “Your expression, or even the level of your charisma, nuance and irony is sometimes not afforded you if you’re black. Sometimes you’re funnelled into a, ‘This is the people that will listen to you, here you go’ and it’s, ‘All of the black music goes here, the urban music goes here’. So, funnily enough, I found myself touring around radio stations in the US with rappers. I love rappers, but here I am trying to sing ‘There will be no love that’s dying here!’ They didn’t even know how to interview me when I got there. They were like, ‘Do you dance?’ I’m like, ‘No, I don’t dance.’”

Porter continued: “Sometimes you can be pigeon-holed into a narrow, narrow little thing. What can be most annoying is that anything you do is not seen as an artistic choice, it’s based on limitation. If you don’t make a bunch of chord changes it’s because you don’t know how to make chord changes, or the brevity of your song was not because you love Japanese poetry or your appreciation for the blues, it’s because you had nothing more to say. Nuance, subtlety and irony is accidental. But I’ve been blessed that people are interested in my cultural expression all over the world and so I don’t feel like I’ve been shut out. And even if you don’t get me, then maybe I’m not for you [laughs].”