'The Prodigy are a unique British band': Dance veterans score seventh No.1 album 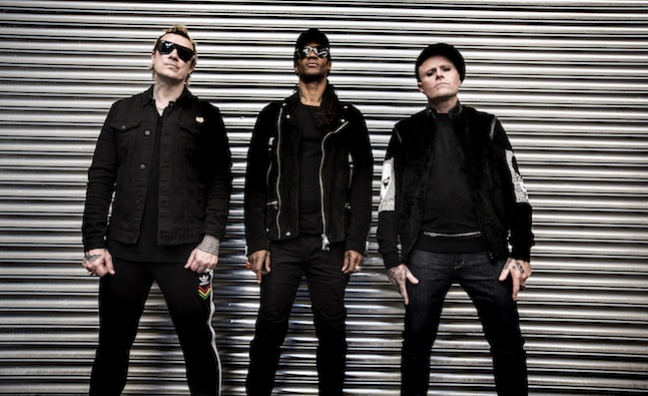 The Prodigy have done it again: No Tourists has debuted at the chart summit today (November 9) to become the dance veterans’ seventh No.1 album over the past 24 years.

Excluding their 2011 live album World’s On Fire, No Tourists is their seventh consecutive chart-topper. Apart from 1992 debut Experience, all of their studio albums have reached No.1, along with 2005 collection Their Law - The Singles 1990-2005.

The Prodigy now rank alongside Elton John, Paul McCartney, Coldplay and George Michael in terms of chart-topping albums. The tally of seven is also a record for a dance act.

The Prodigy’s managers, Nick Halkes and John Fairs, told Music Week: “The Prodigy are a unique British band and many people have worked tremendously hard on the No Tourists campaign. The band have always fiercely protected their vision and done things their way and it’s brilliant to see the record being so well received.”

No Tourists marks the beginning of a new label partnership with BMG and the band’s Take Me To The Hospital imprint. Despite a strong challenge from Lady Gaga and Bradley Cooper's A Star Is Born soundtrack, The Prodigy's album debuted at the summit with sales of 23,952, including 1,828 from streaming, according to the Official Charts Company.

According to Music Week’s charts analysis, the first week sales of 316,953 for The Fat Of The Land (1997) still massively overshadow all the other albums’ opening performances.