"There are sides of it you don't see coming, especially when you're young": Kesha on the changes the music biz needs to make 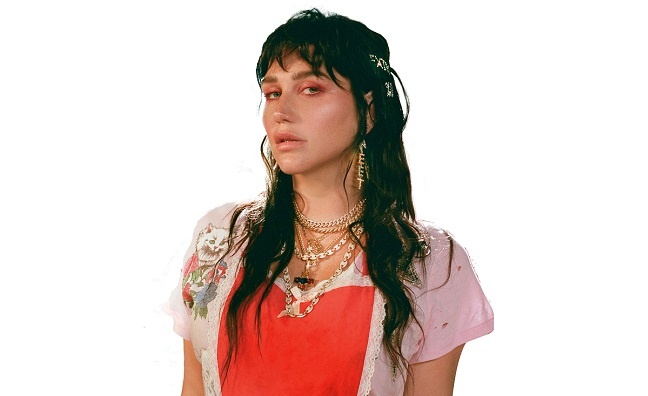 In the first new edition of Music Week this decade, we welcome the one and only Kesha to our cover.

Heading up our 2020 preview, Kesha and her team – including manager Jack Rovner and RCA’s John Fleckenstein and David Dollimore – take us inside the making of her highly-anticipated new album, High Road, which arrives on January 31 via Kemosabe/RCA.

Notably, the album follows on from the commercial success – not to mention mass critical acclaim – of 2017’s Rainbow. A record of enormous catharsis for the singer – released as it was against the backdrop of her high-profile lawsuit with Dr Luke (real name Lukasz Gottwald) – it went straight to No.1 in America, selling 117,000 sales-equivalent-albums in its first week, while in the UK it entered at No.4.

In our cover feature, Kesha – who has now shifted 14 million album equivalent sales globally, over 6.9 billion audio streams and 1.7 billion video streams – opens up about how Rainbow’s emotional power helped change perceptions of her as artist and how she found taking full control of her own music.

“There were a lot of times I didn’t think I would get to the [Rainbow stage],” says Kesha. “That’s why it was so emotional putting it out. It was just such a special moment for me; I never had the executive producer title and position to be able to make the exact record that I had always wanted to make.”

A lot has changed, but there’s still a lot of changing to be done in terms of the industry

Despite her 2017 album’s huge success, for High Road – a record RCA US co-president John Fleckenstein believes should help, “solidify her position as one of the biggest and most unique names in pop music” – Kesha resisted making “Rainbow Round 2”. Instead it often harks back to the giddy, glitter-encrusted, Jack Daniel’s-drenched pop she first made her name with via hits like Tik Tok and Blah Blah Blah.

Kesha explained how the change in approach followed a question posed by her brother about why she was no longer writing the kind of raucous pop that she used to.

“He asked me why I wasn’t doing something that I’m good at and I like doing,” says Kesha. “My response was that I didn’t feel like I was allowed to after all of the things I’d gone through: I’m 32 years old and there are all these external reasons why I thought I had no reason to be happy, joyous and talk about the reality of my life, which is a lot of things. It’s not just party music but it is, in large part, pop music. A come-to-Jesus moment for me on this record was accepting, loving and embracing the fact that I fucking love pop music.”

In the feature Kesha dives deep on the making of the album, her place in the current pop landscape, her approach to A&R, and the emotional journey she’s been on in recent years. At one point, she isolates the changes she would like to see in the music industry.

“From my personal experience, I don’t think the human mind knows what to do sometimes when you reach a goal and, especially with fame and traveling so much, it being just such a strange way of life,” Kesha told Music Week. “The mental health aspect of it is really real. A lot of musicians I know don’t necessarily have the answers to how to do this; we just kind of figure it out along the way. If the head of a label is reading this, I would say: we’re human beings, we’re not robots. I know I’m the luckiest person in the world for getting to achieve my dreams and my goals, but there are also sides of it that you don’t see coming, especially when you’re young – 15, 16, 17 years old – and you’re dreaming up this thing. It’s a really intense, insane ride. Again, I’m so grateful, and I’m very lucky to have put out music and people listen to it. But [people should] just remember, we are human beings and we have emotion. I think a lot has changed, but there’s still a lot of changing to be done in terms of the industry.”