'There will be an album': Positiva talks streaming strategy for Jonas Blue 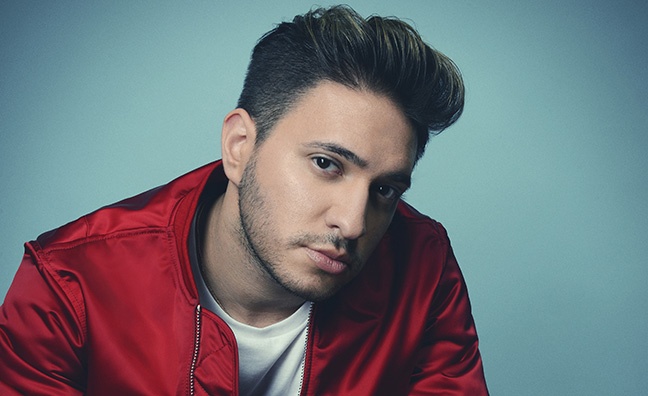 Jonas Blue is back in the Top 10, following a string of hits in the last couple of years.

According to Official Charts Company data, Blue has 4,424,875 equivalent sales for his six charting singles released by Positiva since 2016. Current his Rise (ft. Jack & Jack), which reached a new peak of No.7, has sales to date of 166,880.

If the track maintains its current momentum he could have another million-seller to match Fast Car (1,351,313 sales), Perfect Strangers (1,105,070) and Mama (1,127,810). For Positiva, a dance label historically focused on singles, their release strategy is increasingly geared to targeting individual tracks on global streaming platforms.

“Now platinum records come along every few months, just because of the way the consumption has changed,” A&R director Jason Ellis told Music Week. “Martin Solveig’s Intoxicated came out in 2015 and that went platinum recently because it’s just ticking over. Ultimately, it’s just about having hits.”

While the streaming income from tracks is soaring for Positiva, the albums market has become a trickier proposition for labels launching new acts. Atlantic held off on Anne-Marie’s debut until it effectively became a greatest hits, while UK producer and collaborative hit-maker Jax Jones and George Ezra have both told Music Week they still believe in the format.

Now platinum records come along every few months, just because of the way the consumption has changed

“He’s a super-talented producer, he’s very versatile and wants to show what he can do, so there will be an album just to bookmark the first two or three years of the Jonas Blue era,” Ellis told Music Week. “We’re so chuffed for him because he’s been slogging away for many years under various aliases. His roots are very much in the electronic world and he’s a huge house music fan. Although he’s making much more commercial pop music these days, his roots are very much in the history of what the label is all about.”

Ellis acknowledged that, while the market is skewed towards individual tracks, the album format retains its prestige for songwriters.

“Three of the singles have sold more than a million in the UK alone plus huge numbers of sales internationally,” he said. “But I still think he [Blue] doesn’t necessarily get the credit he deserves because he hasn’t put his album out. So it’s kind of a double-edged sword for songwriters.”

As well as conquering streaming, Blue has also scored his fifth Top 10 entry on the radio airplay chart, with Rise climbing 12-9. In the US, the producer has made No.1 on the Dance Club Songs Chart with Alien, his collaboration with Sabrina Carpenter.

Positiva is also working on an album with Martin Solveig, the French DJ’s debut LP for the label and first since 2011’s Smash.