'These are zealous fans': Warner Music Nashville's John Esposito on the rise of C2C festival 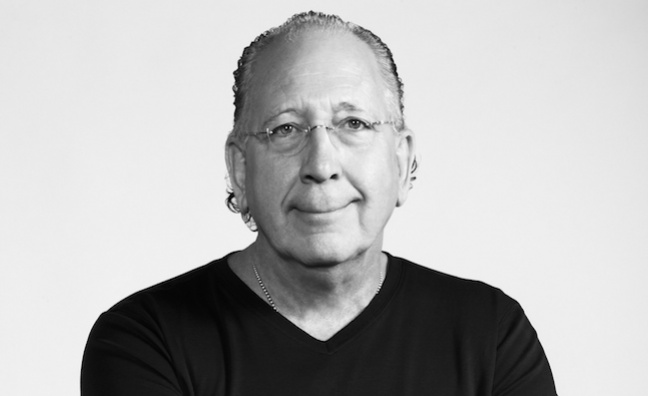 Country To Country kicks off this weekend at the O2 Arena in London, Glasgow's The SSE Hydro and Dublin 3 Arena with headliners Faith Hill & Tim McGraw, Little Big Town and Music Week cover star Kacey Musgraves, who heads up our huge Nashville special.

Now in its sixth year, the C2C festival has become a major platform for country artists. As we celebrate all things country in our latest edition, Music Week spoke to Warner Music Nashville chairman/CEO John Esposito about the increasing appeal of country artists in the UK and the importance of Country To Country for labels and artists…

Have you had a good Country To Country experience in previous years?

It’s incredible. I go back and evangelise in the US that they better pay attention. As a record label head, we kind of chart our success on how many acts we get on there. This year we’re going to end up having five – the first year we had none! I was coming to experience it more with my Country Music Association hat on – I used to be the chairman of that trade association – just to learn what it is, and these are zealous fans. I’ve been hanging out there [the O2] and that whole place is filled the entire time with people who are just running from one place or another to catch these artists. What’s amazing to me is we had Dan + Shay play on the main stage last year and [the audience] knew the words to every word of the 45-minute set, even though they’ve never been played on the radio in the UK. So people are discovering this music, streaming obviously is a massive door opener for the exposure.

Which of your artists are playing at C2C this week?

High Valley and Ryan Kinder from our label are playing. And I am thrilled because it goes both ways across the pond: we’re working Catherine McGrath in the US who’s signed to Warner [Bros] UK and she’ll be playing there to. If you have a chance, get out to see Ashley McBryde and Morgan Evans. They’re two distinct flavours, but the magic is undeniable. Ashley McBryde is the critics’ darling, deservedly so – she’s authentic, she’s the real deal, she commands when she plays, and she’s pretty hilarious when she introduces her songs, even the tender songs. Morgan, we’re lucky we got him from Australia, he moved to Nashville, made a commitment, wrote some killer songs. And now he’s sold 40,000 albums and had No.1 records in Australia. He’s No.33 in the US [on Hot Country Songs] with his first single [Kiss Somebody] and on his way to his first No.1. We’re getting traction in other territories on him too, including the UK, so, hell, am I a happy boy!

How important do you think C2C’s been in terms of the rise of country music in the UK?

Massively important. It’s safe to say that, for many years, when you said the word country [in the UK], eyebrows were raised. People had their vision of the cowboy hat and a Roy Rogers impression of country. Both the combination of the music becoming a little more broad-based in its approach and, frankly, having a lot less cowboy hats, it became less of a ghetto for people. That’s happened in the US too, by the way.

Is it a good place to do business?

Well, the CMA has gotten pretty actively involved in it. Once again this year they’ll hold an international task force meeting on the Friday. That’s really an opportunity to get together with people who are not as familiar with country as us hillbillies from Nashville. And it’s a chance for us to evangelise to them, but also [work out] how we can get a bigger footprint. So much of what’s happening in country, as a genre, is that we’re becoming more mainstream. Music is getting played on the radio today in our format that never would have made it on the radio 10 or eight years ago. So my message to the territories around the world is, call it country if you want, or if you want to market Dan + Shay as pop, how about it? Whatever makes somebody happy because it’s just great music that happens to emanate out of a repertoire centre called Nashville, Tennessee – Warner Music Nashville.

Do you welcome that crossover appeal - is it always good for country that artists break out?

Eight years ago it would’ve been just horrible to have an artist cross over in the eyes of the country radio programmers in the United States. Now, it makes them feel even bigger. In terrestrial radio in the US, there’s been an influx of former pop programmers who are now programming country stations.They want the artist to get established in country. But then when the artist can expand - like what’s going on right now with Florida Georgia Line with this Bebe Rexha track [Meant To Be] – they’re proud because they know they were there for the first five, six, seven tracks. So people are a lot less precious about that crossover thing.

Radio 2 has given a lot of support to country music in the UK – has that helped the scene here?

Yeah, you know Bob Shennan over at the BBC is on the CMA board with me. I’m fascinated to learn why he loved country, and embraced it. I know that that’s only going to help our cause, which is wonderful. If [the C2C audience] could sing all of Dan + Shay’s songs without any radio airplay, imagine what happens when that airplay occurs for our artists?

If you’re in a Starbucks line in Nashville, eight of the 10 people in the line are in the music business. If you’re in a Starbucks line in New York, you’re the only one. I like being around the eight, you know. [Music] is everywhere, there are studios everywhere. You go to bankers’ homes and they have guitars sitting by their fireplace because artists are coming to visit them. There are no velvet ropes there, either. I’ve gone to houses and just played guitar with Kenny Chesney or played guitar with Brooks & Dunn. Nobody’s precious about it, we love this business and we’re lucky to be in this business. I was in Dan Auerbach’s studio recently because he’s recording an artist that we’re likely to sign. You know, here’s the Black Keys man who’s got a full studio right in the middle of one cool area of Nashville, you wouldn’t even know it was a studio. He’s just making magic, some of it’s rock and roll, some of it’s country. The walls are coming down and the lines are blurring in a fantastic way.

I’m shining their shoes, I’m taking them to dinner… In all seriousness, I really believe that streaming and downloads and the burgeoning C2C ticket sales just got everybody to pay a little bit more attention. It kind of has organically grown, so now [Warner UK executives] are opening the links and listening to the music going, ‘I’m intrigued, tell me more.’ For us, the beauty is we can work with really all [Warner] record labels over here. I want us to have success with a small handful of priority artists. I send it over and whoever raises their hand with passion is who gets it. So, East West raised their hand for Devin Dawson, and the Warner Bros crew raised their hand for Dan + Shay. I want somebody who’s going to treat this artist as if it’s just another one of the artists on their roster, just like Atlantic does in the US for Ed Sheeran. That’s my aspiration for it coming back in this direction - and they’re being open and embracing it.