'They are companion pieces': Foals confirm dual album release in 2019 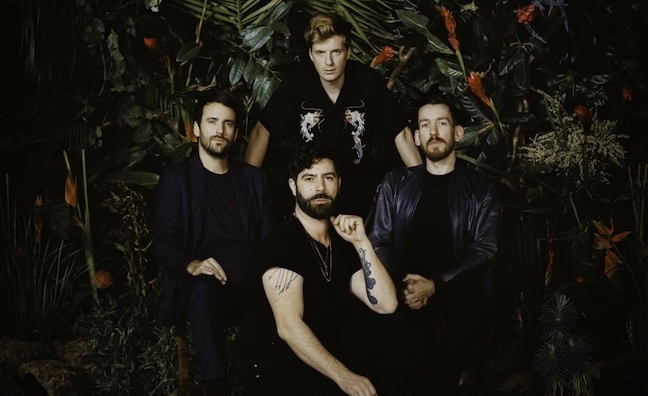 Following news of The 1975’s dual album strategy, now Foals have confirmed a pair of LPs for release months apart.

The Everything Not Saved Will Be Lost (Warner Bros) albums are described as a pair of releases that share a title, themes and artwork. Part 1 will be released on March 8, with Part 2 following in the autumn.

“They’re two halves of the same locket,” said frontman Yannis Philippakis. “They can be listened to and appreciated individually, but fundamentally, they are companion pieces.”

Lead single Exits was released tonight and aired on BBC Radio 1. According to the band’s album announcement, other tracks clock in at over the 10-minute mark.

“There's a definite idea about the world being no longer habitable in the way that it was,” said Philippakis, who described the album’s tracks as “cries for help”.

They can be listened to and appreciated individually, but fundamentally, they are companion pieces

In advance of a busy 2019, the band have already signed a publishing deal with Transgressive and Warner/Chappell.

As well as winning Q and NME Awards, Foals have previously been nominated for BRITs, Ivor Novello awards and the Mercury Prize.

A seven-date UK tour kicks off at Manchester O2 Victoria Warehouse on June 11 and includes shows at Alexandra Palace and Thetford Forest as part of Forest Live.