'They are gaining new, young fans every day': Inside The Kooks' first campaign with Kobalt 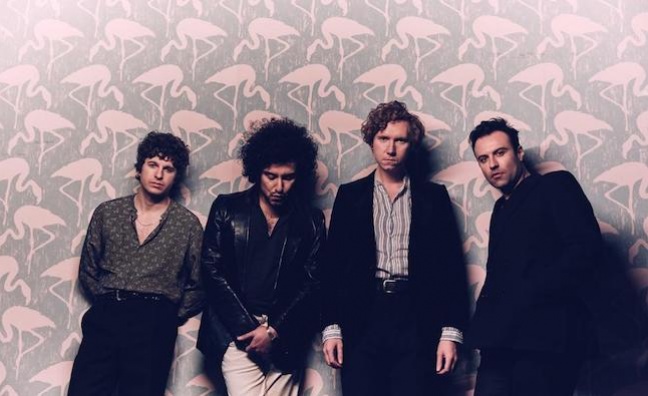 The Kooks are back with their fifth album, Let’s Go Sunshine, which is their first as an indie act as part of Kobalt’s AWAL. According to the Midweek Sales Update, it’s set for a Top 10 finish and should improve on the No.16 peak for 2014 album, Listen, and the No.10 peak for 2011's Junk Of The Heart.

The band’s 2006 debut, Inside In/Inside Out, has sales to date of 1,546,634, according to the Official Charts Company. The 2008 follow-up, Konk, is certified platinum. While The Kooks haven’t matched those numbers on recent releases, they have a robust touring business including UK arena dates last year. Following support slots with The Rolling Stones and a main stage appearance at Reading & Leeds, the band play a run of intimate shows to launch the record.

The Kooks were previously signed to a major label (Virgin EMI). What can AWAL offer them?

When we first met the band and their management team it was clear they wanted to take full control of their recording rights and release music on their own terms. AWAL has given them the platform to do this and also provided them with the creative and strategic support they wanted. It’s been a very collaborative process in which we feel we can give them everything a major label can, and more, whilst empowering them to take full control of their career. We’ve worked very closely with them on all aspects of the campaign and it’s been a great partnership.

Given their past success, what are the ambitions for this album?

The Kooks are an established act with committed fanbase, but they are also gaining new, young fans every day who are discovering their music through streaming. Those new, young fans don’t consume or engage with music in the same way as audiences did when the band started out and we have been mindful of that in our approach to the album campaign. Some may still look towards traditional barometers to measure success, but our ambition is to make this album a success long term. The band currently have their highest ever number of monthly listeners and have just played the largest shows of their career, so we feel they are in a fantastic position to continue to grow their career.

They scrapped some material to start again on this record - do the end results show Luke Pritchard on strong form as a songwriter?

I think the record sees Luke reaching for the ‘great British songbook’. He’s been very vocal about how he approached the writing and recording of the album and for me, it’s him making the definitive Kooks album rather than trying to create something overtly en vogue. It’s a really varied album where you have huge singalong indie anthems sitting next to groove-ridden blues and touches of psychedelia. It’s the depth of the writing and arrangements that have helped distil that ‘Kooks sound’ into its purest form on this album.

The band are playing intimate dates for the launch, but will they look to promote this album with more arena shows and a big tour?

The band put a Best Of album out last year and played a sold-out run of arena shows in the UK, their largest shows to date, so the plan was always to go back to basics with the shows around the album release. The Kooks are a brilliant live act, so going from a sold-out Wembley Arena show to playing a 350-capacity Moth Club really had an appeal. There will of course be much bigger shows to come in the UK after the album’s release, but we wanted to create a real buzz around the album by taking them back to the kind of venues they haven’t played in over a decade.

How are the band performing on streaming and digital playlists?

We’ve had really great support so far from DSP partners, and all of the main players have come to the table with some kind of partnership or promotional plan. The editorial playlist support has been strong, but the most exciting thing has been the engagement on streaming. In the week before the album was released, every new song we’d released was sat in the band’s Top 10 most popular tracks. When you’re working with a band who have such a rich catalogue of hits, it’s satisfying to see the new songs performing so well.

What's been the radio reaction?

It’s been very positive. In the UK, we’ve had a good spread of airplay and promotion across the likes of Radio 2, Radio 1, Radio X, Virgin, Absolute and regional networks. We’ve had success internationally with No Pressure and All The Time being playlisted simultaneously at Triple J in Australia, high-rotation support at Belgian Radio with Radio 1 and Studio Brussels and Four Leaf Clover currently climbing the German airplay charts.

What are the global plans for this release in terms of the band supporting it internationally?

The band have a good international footprint and record is being actively worked in many markets. Luke went to out to Europe for a week in late June, visiting Paris, Berlin, Brussels and Amsterdam to help set up the record and the band have played a number of key European Festivals over the summer where they worked very hard at promo. The band also have a big following in Latin America and toured there just before we announced the album and we took advantage by doing some great pre-album promotion there too. They are back in mainland Europe later this month for TV performances and more promo before they head to the US, Mexico and Australia.