'They embody the spirit of what we're trying to do': You Me At Six launch own label imprint, partner with AWAL 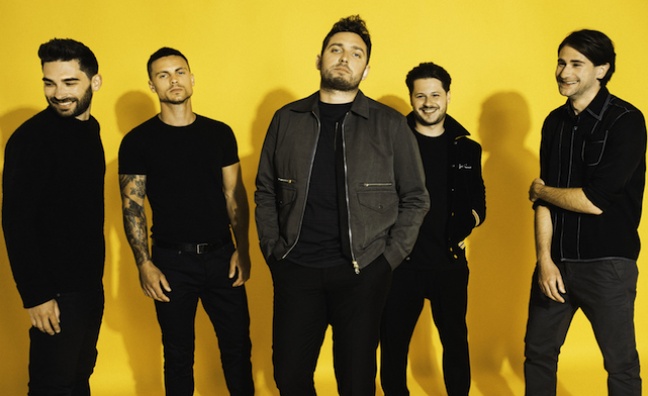 In the new issue of Music Week, You Me At Six exclusively reveal details of their new partnership with Kobalt's AWAL.

Their next album will be released worldwide in the autumn on the band’s own new imprint, Underdog Records, through a services deal with AWAL. You Me At Six’s previous two records, including 2014 No.1 Cavalier Youth, came out through BMG, while the band was previously signed to Virgin. The move makes You Me At Six the biggest band yet to join Kobalt’s recorded music revolution.

“They embodied the spirit of what we were trying to do,” You Me At Six frontman Josh Franceschi told Music Week. “They want bands that are more forward-thinking and the way we’re going to be releasing music has changed. We’re not going through the traditional blueprint of putting out a record, then tour for 18 months, then write a record.”

In the story, Music Week also speaks to the band’s managers, Stefano Anselmetti and Colin Schaverien of Prolifica Management, who outline the global ambitions for the band. AWAL president Paul Hitchman also stressed the potential You Me At Six have on streaming.

“One of the great things about the market today is the global streaming platforms give opportunities for artists to really activate their audience globally,” said Hitchman. “We and the band have big ambitions internationally for this record and the music is going to appeal to a global audience because they’re great, universal songs.”

Full details of the album are expected to be released by the band later this week.

To read the full story, including the only interviews with Franceschi, Anselmetti, Schaverien and Hitchman, pick up a copy of this week’s print edition of Music Week or click here. Josh Franceschi also features in this week's cover story, discussing the state of rock music in our Download roundtable - to read that, click here. To subscribe and never miss a vital music biz story, click here.