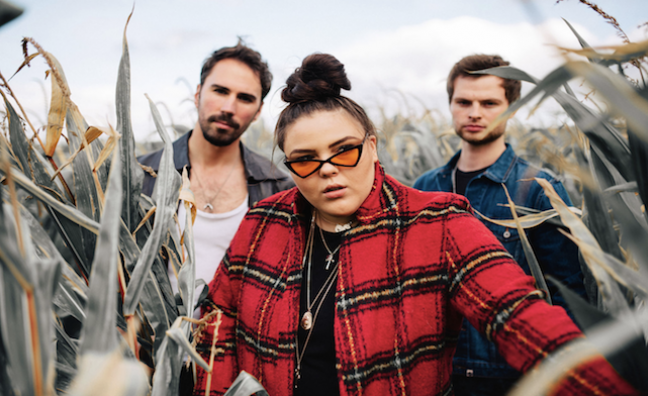 In the new edition of Music Week, we speak to Allen Kovac – founder/CEO of Tenth Street Entertainment and Eleven Seven Music. The latter’s full-service independent label Eleven Seven Records – established in 2006 – has already been incredibly successful. Just some of its achievements have included helping propel American metallers Five Finger Death Punch to arenas and platinum albums and Nothing More to multiple Grammy nominations.

Indeed, with a total of 10 out of the 40 most played songs on the Mediabase Active Rock chart in 2018, the Kovac Media Group’s market share is 25% (when combining label and management market share).

But Eleven Seven is just one string to Kovac’s bow. The group also launched its Five Seven and Better Noise imprints to showcase, what Kovac calls, the “diverse” nature of its offering.

Among that offering is Five Seven’s debut UK signing Bang Bang Romeo. In the interview, Kovac told Music Week about how he plans on breaking his new stars.

“The key to breaking them is that we have a very unique vocalist,” said Kovac of Bang Bang Romeo’s Anastasia Walker. “The key is to be to alternative and rock what Adele is to pop. We were lucky enough to have John Giddings [MD, Solo Agency] and his company want to work with them. They put them on the Isle Of Wight and they got on Sky TV. They were on the main stage and they lit up the audience!”

The group has already secured another prime slot for 2019: opening for Pink on her stadium tour in the summer.

“We have a slot on the Pink stadium tour throughout Europe – a million five is how many she’s playing in front of,” said Kovac. “We’re not even going to launch the band until the Pink tour – we’re doing dates, and we’ll continue to grow them in streaming.”

Kovac did, however, raise his concerns about the difficulties of trying to break UK talent on an American label.

“My biggest concern is the UK streaming folks keep sending our music to the US, when it’s a UK signing, being developed there!” said Kovac. “You can see the industry isn’t quite able to absorb all of the content and marketing you’re trying to do. They’re not American – they are UK artists that deserves UK support. But when you’re opening a new label, one of the barriers is getting to realise that, just because you’re an American label.”

Kovac said his experiences point to a need for change in the way streaming services process new music.

“The initial response was so funny,” he reflected. “The streaming services sent it to the US! I had to go sit with the tops of the streaming services and say, ‘Don’t you think this is broken if my entire company’s marketing is in Europe and you’ve got someone judging this in the United States?’ They are fixing it, but the bottom line is, how about UK radio [as well]? Here’s a [group] who’s going to be in front of a million-five people, who’s been on main stage of major festival and television, and it’s like, ‘Well give us a story’. Really!? We just want to tell them we have a story and they can watch it build. That’s what I’m hoping will change.”

Subscribers can read the full interview with Allen Kovac here.