'This is how you break an alternative hit': Atlantic UK on Portugal The Man's steady rise to Top 10 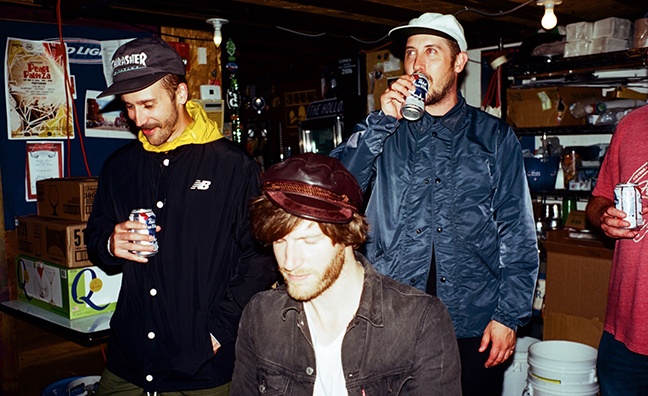 Portugal The Man are heading for a new chart peak later today (February 16) with their slow-burning hit Feel It Still.

The US band’s single finally entered the Top 10 last Friday (February 9) and is set to rise further based on the latest midweek update. The track first charted at No.91 on August 10 last year and has sales to date of 359,723, according to the Official Charts Company.

Speaking in the latest issue of Music Week, Callum Caulfield, Atlantic Records UK head of marketing, said: “Tracks take a lot longer now to reach that critical point. Portugal The Man are the example now of how you break an alternative hit in the UK.”

The track initially made its presence felt on Spotify’s global chart, following early success in the US. Feel It Still is now lodged in the UK airplay chart, with support from Radio 1 (A-list) and Radio X.

Portugal The Man boosted their profile this month when Feel It Still beat tracks including Despacito (Remix) to win the Grammy for Best Pop Duo/Group Performance. The band have confirmed a UK date at O2 Kentish Town Forum on July 24.

“Now that the profile of the track of is peaking in the UK, there will be a solid marketing push and we will tailor the message around the live element,” said Caulfield. “This is a credible band we’re going to be working with for years to come.”