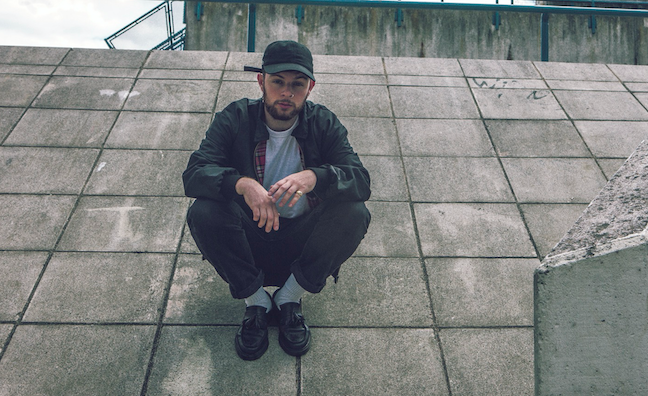 Tom Grennan has announced the release of his debut album, Lighting Matches.

The Bedford-born singer will also drop a new single, Royal Highness, on September 21.

Premiered as Annie Mac’s Hottest Record In The World on BBC Radio 1, it is the follow-up to Found What I’ve Been Looking For, which has been streamed nearly 5,000,000 times on Spotify and is currently soundtracking Sky Sports’ Premier League coverage, as recently covered in Music Week’s Sync Story. Click below to hear it.

Due on March 10, 2018 via Insanity Records, the album was co-written with a cast including Joel Pott, Eg White, Jimmy Hogarth, Fraser T Smith and Diane Warren. It will be released via standard and deluxe CD and digital formats, as well as on vinyl and exclusive coloured vinyl.

Grennan’s breakthrough came with a feature on Chase & Status’ single All Goes Wrong, which peaked at No.65 in August 2016 and has sold 154,489 copies to date, according to the Official Charts Company. He has also made appearances on BBC Radio 1’s Live Lounge and Bugzy Malone’s No.4 album King Of The North.

The singer has announced new dates for his biggest tour yet in March 2018, including a performance at O2 Shepherd’s Bush Empire in London. Full dates for that, as well as Grennan’s current run, are below.

Anyone who preorders Lighting Matches via Grennan’s official store will get advance access to a pre-sale tickets until 9am on Friday September 29.