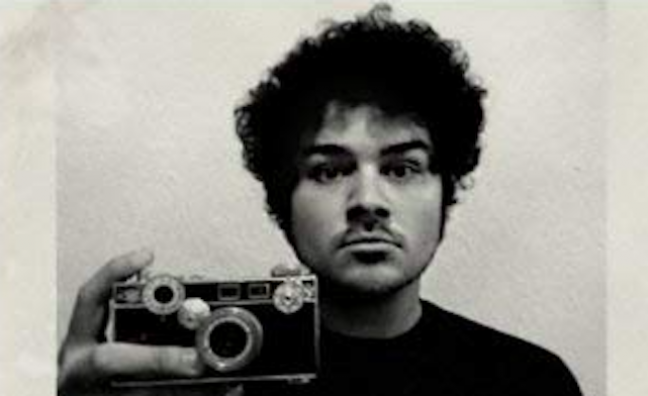 Multi-instrumentalist and producer Richard Swift has died at the age of 41 in Tacoma, Washington. The news was announced yesterday (July 3) via a post on Swift’s official Facebook page.

In April of this year, a Go Fund Me account was set up to assist Swift as he battled a “a serious medical condition”. An update on the account issued on July 3 stated: “Richard passed early this morning while in hospice, his family near, his favourite records playing.”

In addition to releasing solo albums, during his career Swift played with The Shins (between 2011 and 2016), Arcs and The Black Keys. Swift also founded and owned the National Freedom recording studio in Oregon.

The Black Keys/Arcs frontman, Dan Auerbach, led the tributes to the musician. You can read a selection of them below:

Today the world lost one of the most talented musicians I know. He’s now with his Mom and Sister. I will miss you my friend.

A sad day in the world of music: the sudden passing of Richard Swift. Great producer, instrumental to so many strong artists, but also a wonderful songwriter himself. Hear his double opus “The Novelist / Walking without effort”. He will be missed and heard for times to come. ??

RIP Richard Swift I love you. This song is funnier than most funny comedians: https://t.co/eHmxLNbnmo @swiftswift

Richard Swift was the most talented person I’ve ever met, some impossible amalgamation of Harry Nilsson, Paul McCartney, and Levon Helm, beyond soulful on any instrument he picked up, and a writer of hilarious, heartbreaking, funky, psychedelic songs.

so so sad. RIP richard swift. fuck. we love you.

We just lost someone with a long, long shadow. I'm struggling to come up with the words to express exactly what Richard Swift meant to me as a music fan and a person. You could hear the joy he engendered in the records he made — even when the records were sad. That is not easy. pic.twitter.com/Pg2r0CCVfy

Richard Swift-41-What a brilliant musical and artistic mind we have lost! May your travels onward be gentle and light. There have been many highlights to recording both of my records, and one of the greatest was being in the room and working with you. pic.twitter.com/aVbQctktz1

So many of us who knew Richard Swift are thinking of his Wife and Daughters, and sending our love and compassion to them in our own private ways. Hoping that somehow that love can be felt by them in what I can only imagine to be a black hole of grief. pic.twitter.com/UabZJORAtm

We lost a brilliant soul and a musical hero to the underground and alternative arts- Richard was one of the most talented people I ever had the privilege to share a stage with. May your spirit live long. #RichardSwift pic.twitter.com/6ecorDzbHD

Really sad to hear about the passing of Richard Swift. An amazing and inspiring music man who made everything more special and had so much more to share with the world. My heart goes out to his loved ones. Rest In Peace.

Very saddened to hear of the passing of Richard Swift. He was a talented and lovely guy who we were in touch with over the years and whose album ‘The Novelist’ was a much celebrated favourite amongst all at Rough Trade. RIP x pic.twitter.com/3uSh1XQhfy