Tracey Thorn to be honoured at Artist & Manager Awards 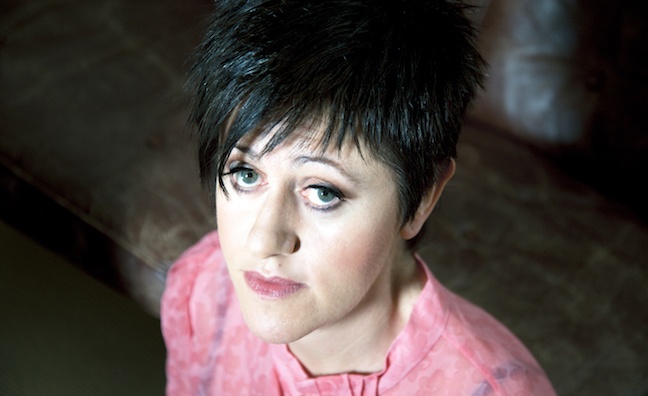 The Featured Artists Coalition (FAC) and Music Managers Forum (MMF) have announced that Tracey Thorn will receive the Artists’ Artist Award at the A&MAs next month.

Voted for by fellow artists in the FAC, the award recognises the long-term creative and innovative musical output of an individual or group. Previous winners including Joan Armatrading, Placebo, Robbie Williams and Massive Attack.

Thorn has been recognised for a 35-year career including the Marine Girls, Everything But The Girl and collaborations with The Style Council, Massive Attack and John Grant, as well as a solo career. Thorn has also written two books chronicling her music industry career.

“I am so flattered to be given this award,” said Thorn. “I haven’t won anything since 1984, when City Limits magazine gave me a small garden gnome for being the Best Female Singer. So this is a sharp thrill indeed, and I thank everyone involved.”

Lucie Caswell, chief executive, Featured Artists Coalition, said: “The Artists’ Artist Award is all about peer recognition and FAC members saluting a stand-out individual or group with a long-term track record of innovation and creativity. Tracey Thorn certainly has all that and more. A quietly ubiquitous voice in British music over recent decades, few other artists have excelled, inspired and collaborated as widely as Tracey has. She is a fantastic role model for all creatives and as such, the FAC is proud to honour this legendary artistic voice. We are absolutely delighted that Tracey has agreed to accept this Award, and look forward to celebrating with her on November 14.”

Sponsored by Spotify, the sixth edition of the Artist & Manager Awards will take place on the evening of Tuesday November 14 at Printworks London. Tickets for the awards are available via the event's website.

Depeche Mode’s long-time manager Jonathan Kessler is to receive the Peter Grant Award, sponsored by PPL, at the ceremony.

The 2016 ceremony was staged at Troxy in East London.