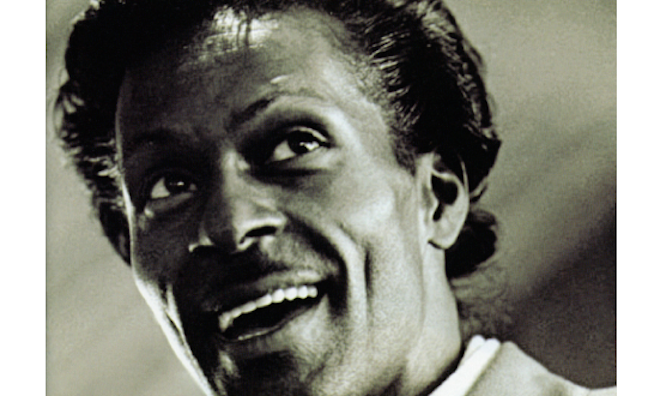 Tributes to Chuck Berry have been pouring in following the news that the songwriter and guitarist who defined rock'n'roll had died at the age of 90 in St Charles, Missouri.

Police in US state of Missouri confirmed the death of the legendary musician on Saturday.

"R.I P. And peace and love Chuck Berry Mr. rock 'n' roll music," wrote Ringo Starr on Twitter, while Mick Jagger tweeted: "I am so sad to hear of Chuck Berry's passing. I want to thank him for all the inspirational music he gave to us. He lit up our teenage years, and blew life into our dreams of being musicians and performers. His lyrics shone above others & threw a strange light on the American dream. Chuck you were amazing & your music is engraved inside us forever."

Bruce Springsteen described Berry as "rock's greatest practitioner, guitarist, and the greatest pure rock 'n' roll writer who ever lived", adding: "This is a tremendous loss of a giant for the ages." Slash tweeted: "Heart broken to hear of the passing of Chuck Berry. He was undisputedly the king."

Songwriter Diane Warren called Berry "one of the most important architects of rock and roll" and "a true legend", while songwriter/arranger/producer Van Dyke Parks said his music "unhinged America, and doors flew open. Rock on!"

"Chuck Berry merged blues & swing into the phenomenon of early rock’n’roll. In music, he cast one of the longest shadows. Thank You Chuck," wrote the Jacksons on Twitter. Added Brian Wilson of the Beach Boys: "I am so sad to hear about Chuck Berry passing - a big inspiration! He will be missed by everyone who loves Rock 'n Roll. Love & Mercy."

Lenny Kravitz tweeted: "Hail Hail Chuck Berry!!! None of us would have been here without you. Rock on brother!" Brian May wrote: "Rock and Roll grieves tonight as our hero Chuck Berry steps into the next world. We salute you." MOBOs founder Kanya King added: "The world can't thank Chuck Berry enough for his groundbreaking contribution to music and culture. RIP."

Berry was the catalyst for the rock'n'roll revolution, with anthems that were picked up instantly by post-war audiences in search of new liberating sounds. The New York Times labelled him "a master theorist and conceptual genius".

At the guitar, Berry was a riff master, who influenced several generations of musicians, including Keith Richards to John Lennon. What made him stand apart from others from the same generation were his songwriting skills, his catchy choruses, and straight to the point lyrics. He went on to pen such inimitable songs as Roll Over Beethoven, Rock and Roll Music, Johnny B. Goode, Too Much Monkey Business and Sweet Little Sixteen.

Berry once said that he wanted "to sing like Nat Cole, with lyrics like Louis Jordan with the swing of Bennie Goodman with Charlie Christian on guitar, playing Carl Hogan's riffs, with the soul of Muddy Waters" - a quote that came during an interview with Johnny Carson in 1987 around the release of the movie Hail Hail Rock'N'Roll, which was put together by Keith Richards.

Berry was no fan of the music business, having been regularly ripped off during his career. Many a promoter was asked for the fee for his performances to be paid in cash before Berry went on stage. He also used to travel without a dedicated band, hiring local musicians, or letting promoters pick local musicians.

Born on October 18, 1926 in St Louis, Missouri, Berry started performing in 1953 with the Johnnie Johnson Trio. It was bluesman Muddy Waters, whom he met in 1966, who connected him with Leonard Chess, the founder of Chess Records, who got him into the studio to record Maybellene. The song became an instant hit and helped launch his career. His first album was After School Sessions in 1957 on Chess.

Berry recorded music throughout the 60s and the 70s, released mostly through Chess and Mercury.  His last album, Rock It, dates back to 1979. At the end of 2016, Berry revealed that he was recording a new album, Chuck, to be released on the Nashville-based label Dualtone.

In a statement announcing the release, Berry dedicated the album to his wife Thelmetta, and suggested that this was probably going to be his last. Said Berry, “This record is dedicated to my beloved Toddy. My darlin’ I’m growing old! I’ve worked on this record for a long time. Now I can hang up my shoes!”