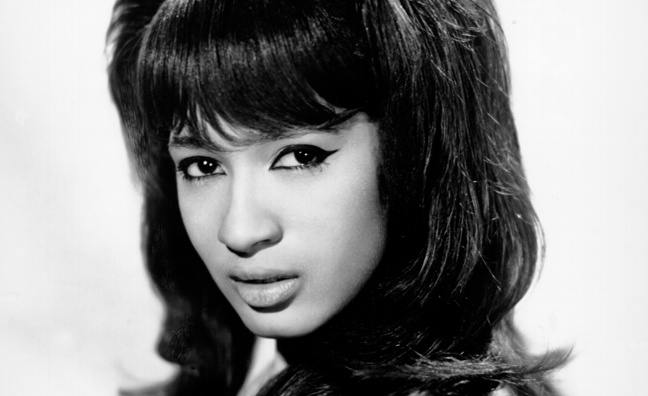 Tributes are pouring in for Ronnie Spector, the legendary lead singer of the 1960s girl group The Ronettes, who has died aged 78.

A statement from her family stated that she died “after a brief battle with cancer."

“She was filled with love and gratitude,” the statement continued. “Her joyful sound, playful nature and magical presence will live on in all who knew, heard or saw her.”

Family Statement on the Passing of Ronnie Spector: https://t.co/gXNN8GAbS5

Spector was born in 1943 in Manhattan, and rose to fame aged 18 while performing with her sister and cousin. The Ronettes are celebrated for smash hits including Be My Baby, Walking In The Rain and Baby I Love You.

In 1968 she married late producer Phil Spector, but fled their California home in 1972 to escape Spector’s abusive and violent behaviour.

In announcing Spector's passing, her family stated: "In lieu of flowers, Ronnie requested that donations be made to your local women’s shelter or to the American Indian College Fund. A celebration of Ronnie’s life and music will be announced in the future."

Broadcasters, artists and more have taken to social media to remember her. You can read a selection of tributes below.

I just heard the news about Ronnie Spector and I don’t know what to say. I loved her voice so much and she was a very special person and a dear friend. This just breaks my heart. Ronnie’s music and spirit will live forever.
Love & Mercy, Brianhttps://t.co/dXZKTMWv8a

The great Ronnie Spector has died.
So many faces in and out of my life….
We mourn her passing
— Billy Joel

Extremely sad to wake up to the news about #RonnieSpector. We’ll make a proper tribute on our @BBC6Music show in the coming days. If you have a request or memory you’d like to share please leave it here. Meeting her in 2016 was a dream come true. Thanks for the music, Ronnie x pic.twitter.com/yHBoITBNZD

RIP Ronnie Spector. It was an honor to Produce her and encourage her to get back on stage where she remained for the next 45 years. Her record with the E Street Band helped sustain us at a very precarious time (thanks to Steve Popovich). Condolences to her husband and family.

Our dear friend Ronnie Spector, has passed. She was the sweetest person you could ever know. And her mark on rock and roll is indelible.
.
.
.#RonnieSpector @RonnieSpectorGS pic.twitter.com/9ozv0Yqk9j

No other voice has stirred up my emotions like Ronnie Spector,joy,pain,love,rage,beauty she had everything RIP Ronnie pic.twitter.com/75pGBppl4U

So talented, so influential and just so cool. RIP Ronnie Spector. pic.twitter.com/L72sY54WSh

RIP RONNIE SPECTOR. Even as a young boy who didn’t yet understand, I was entranced by something achingly sensual & sexual about Ronnie & The Ronettes. For me Walking in The Rain was magical. I dreamed of what being a teenager might be when that time came. https://t.co/jdWPYx0bG4

Ronnie Spector was the true embodiment of rock and roll, a survivor, a pioneer and the original bad girl. Her autobiography changed my life and when we became sort of pen pals, I was star struck. I cried off all of my eyeliner and mascara when I read the news ???? pic.twitter.com/IOnmAFZeUZ