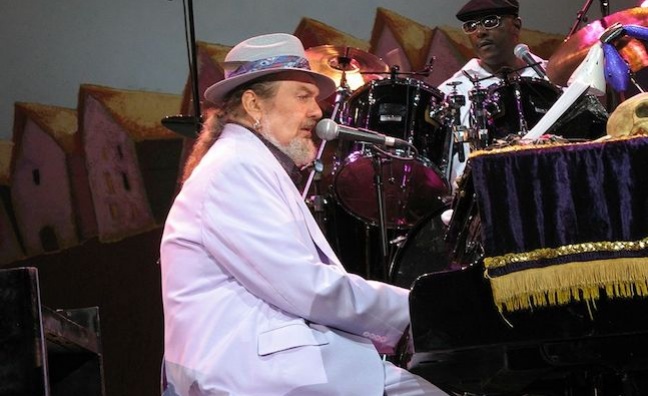 Tributes have been paid to New Orleans jazz and blues artist Dr John, who has died aged 77.

According to a message posted on social media, he died on Thursday (June 6) after suffering a heart attack. “The family thanks all whom have shared his unique musical journey,” said the statement.

Dr John was born Malcolm John Rebennack. He started out on guitar but had to switch to piano after being shot while trying to defend a bandmate.

He was part of the Wrecking Crew of musicians, a group of session artists who played on songs by Cher, Aretha Franklin and Van Morrison.

A prolific artist and regular performer, he recorded dozens of albums between 1968 and 2014. Dr John was inducted into the Rock and Roll Hall of Fame in 2011 and won his most recent Grammy in 2012.

Debbie Harry, Hozier and Ringo Starr are among those to pay tribute.

The Dr. can’t die. What a beautiful human.