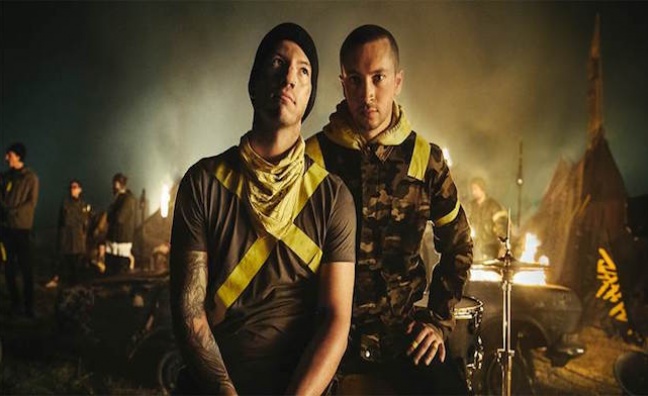 Twenty One Pilots have won BBC Radio 1’s Hottest Record Of The Year crown for their single Jumpsuit.

Fans had been voting for a shortlist of 20 songs, including tracks by Robyn, The 1975, Brockhampton and more, and Annie Mac revealed the winner on air last night (December 6).

Reacting to their win,Twenty One Pilots said: “We knew all that voting we did would pay off. It’s one of our favourite songs to play live and favourite songs in general so to hear it’s an important record to our fans is pretty awesome.”

Earlier this week, Music Week sat down with Mac to relive the year in music, with The 1975’s campaign for A Brief Inquiry Into Online Relationships, UK grime and more all up for discussion.

Read the interview in full here.

Twenty One Pilots released Jumpsuit in July, it has 74,410 sales to date, according to the Official Charts Company. The track features on the band’s most recent album Trench, which peaked at No.2 and has sold 57,818 copies to date.