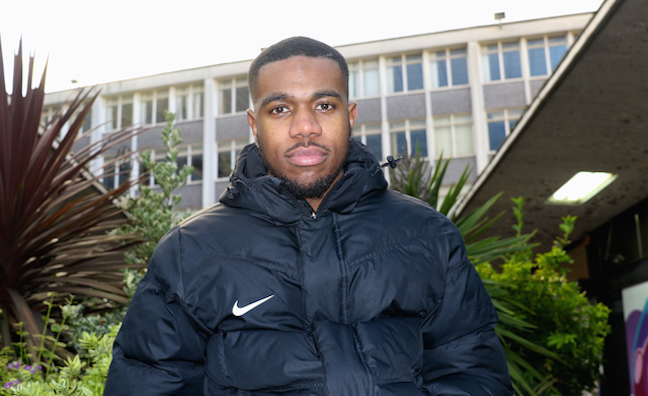 It is performing well on Spotify too; with over 13m total plays and 450,000 daily streams, Barking has overtaken Eminem and Ed Sheeran to hit No.1 on the platform’s UK chart.

It’s also in top spot on Apple Music, and currently sits at No.2 in the official singles chart, with 157,528 total sales. It’s well on course to eclipse last week’s peak of No.4.

“I feel I can hit No.1,” the rapper told Music Week during a busy week of promotion across radio and TV.

“When the track was properly put together, my friends in the studio were like, ‘This song is a banger, this is a hit, this is going to do well’,” he added. “I was thinking, ‘They’re just saying that’. But everywhere we went people would sing the song to me, so I began to believe it was actually going to do something.”

Ramz has been around the UK rap scene for a while now, and is close with rising star Dave. “This is a big moment for the UK, it’s very huge,” he told Music Week.

Polydor signed Ramz once the video hit 1m views and have just released a remix of Raye’s Decline, which is already heading for 300,000 Spotify streams.

Read our full On The Radar interview with Ramz in Monday’s edition of Music Week.

Barking by @RamoneroChester is not slowing down! Some weird & wonderful stats from our YouTube: