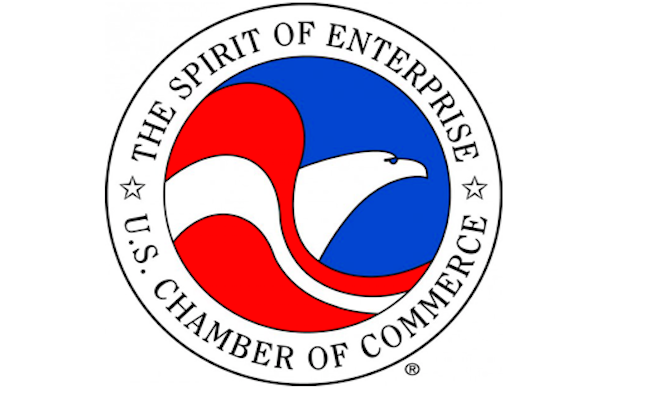 Mark McGrath, the lead singer of US band Sugar Ray, and British songwriter and producer Billy Morrison, also guitar player for Billy Idol, were both honoured with an IP Champion awards for Excellence in Creativity by the US Chamber of Commerce at a ceremony held in Washington, DC on November 30.

The awards honour the broad community whose businesses are based on intellectual property, from the pharmaceutical industry to the creative industries. “Intellectual property is not tangible, it is not something that you can see or touch,” McGrath told journalists. He put the emphasis on the word property to highlight the fact that if people took his music and used it for free, this was theft. He added, “I have been very fortunate to co-write a number one song and I have been watching on the sidelines [its value] eroding and becoming worthless. Why is that happening? For some reason the good lord blessed us with writing these songs and now they are devalued. So when we were asked [by the US Chamber of Commerce] to get involved I said show me when and how. I want to hear how we can make a difference.”

Morrison, who is also a painter, said he believed that education will be key to protecting IP rights. “Education is super important when it comes to intellectual property,” he said. “When I was ten and played guitar in my dad's garage, I did not understand the term intellectual property and how it could impact my life. We don't get in bands to talk to lawyers about how our songs are used, you just want to make noise, and one of the problems is that we don't educate at a young age in the schools.

“But in many places the music departments are closing so how on earth can kids learn about what intellectual property is if no one tells them what it is. If you took intellectual property away, this country falls apart. It generates three trillion dollars of income a year. How can it be not one of the most important revenue streams this country has and yet no one is ever educated.”

“The industry that I love – the music industry – is disappearing,” said McGrath, who paid tribute to Metallica's Lars Ulrich who had “the cojones” to take on Napster 15 years ago even at the risk of a backlash. “In retrospect, does anyone now disagree with what Lars did in 2001?” asked McGrath. “It was a PR backlash then but in retrospect I wish we all had taken a stand, from the labels to the artists.”

Other winners include US Senator Orrin Hatch who received an award for Public Service in recognition of his advocacy role in promoting strong IP protections for American creators and Danny Marti, the US Intellectual Property Enforcement Coordinator at the White House as IP Administration Champion.

The Creative Coalition, made up of members of the American entertainment industry, and the Coalition's member, actor Richard Kind, received the IP Champion Awards for Excellence in Advocacy. Oscar award-winning producer and director Bruce Cohen received the IP Champion Award for Excellence in Creativity for being “a tireless advocate in the entertainment industry for more than 30 years.”