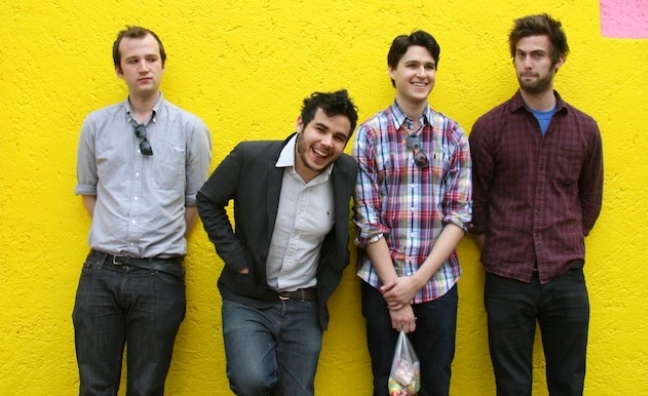 After a long association with XL Recordings, US indie act Vampire Weekend have now officially signed to Sony Music.

The band were linked to Columbia in the US in 2016, when Rob Stringer was at the helm. Now he’s in charge of the major, it bodes well for Vampire Weekend as they ready a comeback in Q3.

Vampire Weekend’s as-yet-untitled fourth album has been listed in a Sony Corp financial statement as a “noteworthy project” for the quarter ending September 30.

The band spent around a decade with XL Recordings, which released their first three albums. The self-titled 2008 debut is their biggest UK seller with a tally of 394,220, according to the Official Charts Company.

It is five years since Vampire Weekend’s previous album, Modern Vampires Of The City (139,695 sales – OCC).

The band play Lollapalooza at the weekend (August 4) followed by a slot at the End Of The Road festival in the UK on September 1.