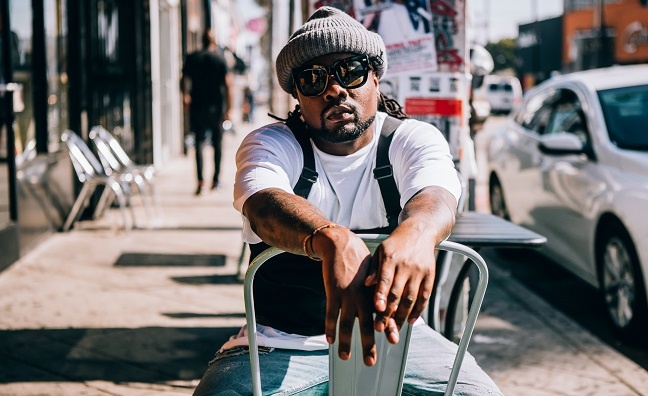 Wale shot to instant worldwide fame in 2009 via his Lady Gaga-assisted hit single Chillin. Since then, he’s become one of the most acclaimed rappers of his generation, making fans of both Jay-Z and Rick Ross.

Fresh from releasing his US Top 10 record, Wow... That’s Crazy in 2019, in the feature he shares some of his life lessons, recalls his early experiences in the music industry, and the time he met Barack Obama.

One of the key talking points was his belief that record deals should come with mental health insurance.

“That’s like athletes having insurance for their muscles,” Wale told Music Week. “We’re using our brains to create and some people are recounting things that are really triggering, damaging, and performing them every night. A lot of guys get on drugs, and getting off them is not easy. These are young guys dealing with fame and survivor’s remorse and all these other things. Labels need genuine empathy. I’m not trying to get the strings out for artists, but I don’t think people really realise we are human beings with a lot on our plate. Creators have insecurities, we have flaws we’re working through. In a video game, when you’re pressing turbo the whole time, your player gets tired. It’s the same thing with an artist: we write, we record, we come up with ideas, we can our ideas, we have issues where we don’t think we’re doing good enough, like imposter syndrome.”

Here, in an unread extract of our interview, Wale speaks about being perceived as a veteran rapper, signing with Rick Ross and the future of albums...

A lot of people have now taken to referring to you as a “veteran” rapper – how do you feel about that title?

“It seemed like it happened overnight. I don’t know when I transitioned to being one, but it seems applicable for people with five or more albums. It’s a badge of honour. I feel like I’ve built a career that is not contingent upon anybody or any one song or anything like that, it's just me as an artist. So if that comes with it, I’m all for it.”

What is the biggest risk you've taken in your career so far?

“Some would probably say it was signing to [Rick Ross’ label] MMG. Everyone was like, ‘Yo, you don’t belong at a label like that, they’re too different to you’ blah, blah. But as a business man, I’m like, ‘Well, he's letting me do the music the way I want to do it; whereas I was being told to do it a specific way in my last situation.’ I was so new, so young. I was just really, really naïve in my first [label] situation and I really didn't say no to anything. I was doing anything that I was being told to do, I didn't even really understood the concept of creative freedom back then. I was like, ‘I got a record deal, so let me just make songs!’ – I didn't really know what the fuck was going on.”

So what did you learn from Rick Ross and being on Maybach Music Group?

“Ross talked to me a couple times about the ebbs and flows. A lot of people that get hot, act a certain way and then, when shit get crazy again, they call him back [to help]. I’ve seen that happen with him a lot, and he just sits back and laughs because he knows that’s how it goes. I think one of the biggest lessons I learned from Ross is that shit goes like that.”

Recently we’ve seen hip-hop albums range in length from super-short to some coming in at 25 tracks. How do you feel about those two approaches…

“There are two different philosophies, there’s 'stack it with as many songs as you can' and there’s 'try and get concise, super-playbackable projects'. It’s a taste thing. You can be, like, ‘Album of the year is Drake – 26 songs’ and then 'album of the year, Pusha T, 7 songs.' You could be right on both sides depending on who you ask. But albums won’t stop altogether. Books didn’t stop because of the internet, it just slowed down and changed. You will still always have albums because motherfuckers want to tell a story.”