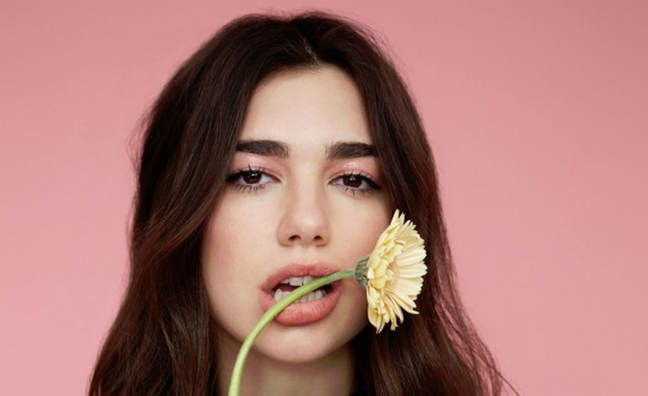 The singer, who achieved her first No.1 with her latest single New Rules, continues on the festival beat this weekend with an appearance at Las Vegas' Life Is Beautiful Festival.

But it was her Glastonbury Festival bow in June that provided the key moment in her live trajectory.

“Glastonbury was a really significant weekend for Dua,” said Christie. “Really, what Glastonbury represented to us and to Dua was a coming of age of the campaign.

"We had a great slot at 12 o’clock on the John Peel stage on the Friday, so it felt like the first significant set of the weekend.

"The album had just come out, and the crowd that gathered I think, bar The Killers on the Sunday afternoon, was the biggest of the weekend on that stage. It became a bit of a viral moment - the footage of her and the crowd singing back Be The One was really significant.”

Dua Lipa's self-titled debut album has sold 74,371 copies to date according to the Official Charts Company.

Click here to read the full Music Week interview with the team behind the chart-topping star.