"We are not happy about such unfair terms": De La Soul confront Tommy Boy Records over streaming plans 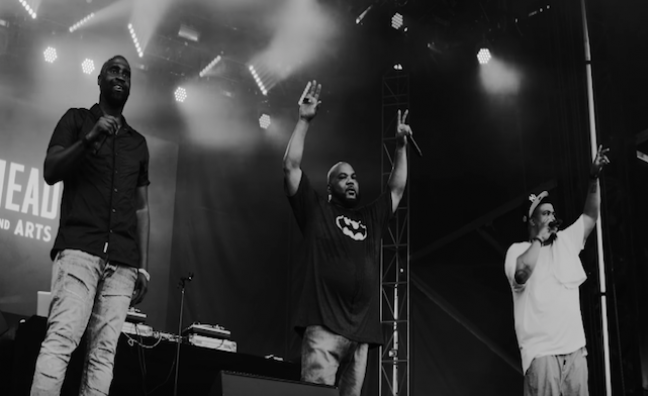 This story has been updated – March 1, 11am GMT

In a new statement given to Variety, the label said: “Because Tommy Boy has not had the opportunity to sit down together with De La Soul and finalize our negotiations — something we’ve wanted to do for months — we have decided to postpone the digital release of their catalog scheduled for tomorrow. We know fans are eager to hear these amazing recordings and we are hopeful for a quick resolution.”

The news comes on the back of De La Soul hitting out at their former label Tommy Boy Records in a series of posts on social media.

The posts confirmed that De La Soul’s discography – which includes influential classics like 3 Feet High And Rising and De La Soul Is Dead – is finally set to appear on streaming services, yet the group were unhappy with the terms.

At the time of originally reporting, De La Soul’s only album available on Spotify is 2016’s And The Anonymous Nobody… which was released via the group’s own label A.O.I. Records.

De La Soul’s early catalogue was released via Tommy Boy – who reacquired the rights to the material from Warner Bros in 2017. For years, legal complications – stemming from the amount of samples used on their early classics – have prevented the albums from appearing on streaming platforms.

In one of numerous Instagram posts, De La Soul wrote: “We are not happy about releasing our catalogue under such unbalanced, unfair terms. #respecttheartist”

A subsequent post stated: “De La Soul unfortunately will not taste the fruit of their labour. Your purchases will roughly go 90% Tommy Boy, 10% De La.”

Another part of the series of posts thanked Jay-Z, with De La Soul stating that Tidal has “decided not to stream our catalog until this matter has been resolved”.

The latest post (Feb 28) on De La Soul’s Instagram states: “Dear fans, Tommy Boy wants to negotiate, but only if we sign a confidentiality agreement first. Feels like they want to silence us to ensure that we cannot share this story with you, while they continue to short change our legacy at the negotiating table. How about we close a deal first, then we agree to keep the deal confidential”.

Music Week approached both De La Soul and Tommy Boy via a representative, and has not received comment back from either party at time of writing.

You can see the series of posts below:

For our fans to finally be able to stream and/or download our music will be a dream come true! The reality for De La... what an ugly greedy nightmare. #threefeethighandrising #delasoulisdead #buhloonemindstate #stakesishigh #aoimosaicthump #bionix Tag and let @tommyboyrecords and @dodo_011.1 know how you feel #respecttheculture #respecttheart #respecttheartist More news to come on Sway In the Morning, tune in.

We are being placed in the line of fire. @discogs @spotify @applemusic @tidal @googleplay @deezer @vinylmeplease @amazonmusic We understand respect and appreciate your support and business. We regret that you and fans have been place in the middle of this mess. De La Soul cannot afford negligent hurried business. We are fighting for our livelihood. Imagine trying to settle a #phantom2millionddollardebt and now possible lawsuits lurking??? There goes that 10% Thank you @tommyboyrecords #respectourlegacy #dorightbytheculture #tommyboycott #4080 #delasoul #30years

Your voice is a tool that you sometimes have to use as the weapon to defend yourself. You want me to leave my weapon home? #respectourlegacy #respecttheculture #dotherightthing #tommyboycott #delasoul