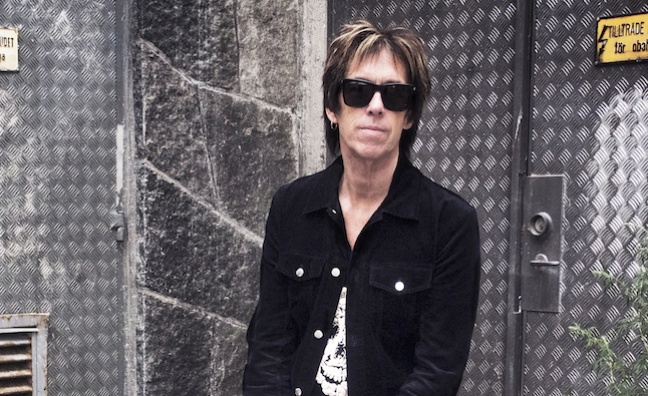 As the half of Roxette who came up with the tunes, Per Gessle is one of the most successful songwriters of the last three decades. But he’s had to get used to life without singer Marie Fredriksson, who announced her withdrawal from international touring due to health problems in the spring of 2016.

Following the release of Gessle’s solo album, Small Town Talk, via BMG last month, he is currently touring Europe as Per Gessle’s Roxette. The only UK show is at the Eventim Apollo (October 15) in London.

“This tour is basically about paying tribute to the Roxette catalogue of songs,” Gessle told Music Week. “I tell everyone the big star of this show isn’t me or anyone else, it’s all about the songs. We are playing 80-85% Roxette tracks. I’m playing the hits, of course, but I’m also playing songs that I really like. I wrote all these songs, so I love to play them.”

He added: “My intention has never been to replace Marie. Helena Josefsson is singing lead on a couple of tracks, but we are five people singing so not every Marie song is sung by Helena. But I’m using the female voices a lot because they sound great, and I like my voice better when it’s mixed up with female voices for some reason - like Leonard Cohen or Lee Hazlewood.”

Small Town Talk features duets with Josefsson and Nick Lowe. It was recorded in Nashville with a mix of Swedish and American musicians.

“I always had a sweet spot for that mix between country and rock music, looking to The Byrds, Tom Petty, Crosby, Stills, Nash & Young,” said Gessle. “When I grew up, there were lots of Swedish artists that covered Jim Reeves and George Jones, the crooners. So I’ve heard that kind of music since I was five or six years old, it’s always been with me. From a songwriting point of view, it’s very much about the lyrics and great storytelling.”

The Nashville recordings also ended up influencing the live set-up for his Roxette-based show.

“I’ve got this band, which came together after my Nashville sessions, and it includes pedal steel guitar and violin, so we can do different things with all these great tracks from the past,” he told Music Week. “It sounds terrific actually, it sounds quite different from everything else I’ve done live. If you play classic Roxette songs, like Fading Like A Flower, Spending My Time, Listen To Your Heart - big Marie ballads - and dress them up differently with this arrangement, something happens with the songs, and I think that’s interesting.”

To read our Hitmakers interview on the songwriting secrets behind Roxette’s It Must Have Been Love, subscribers can click here.