'We love the record': Virgin EMI's Ted Cockle on the Blossoms comeback 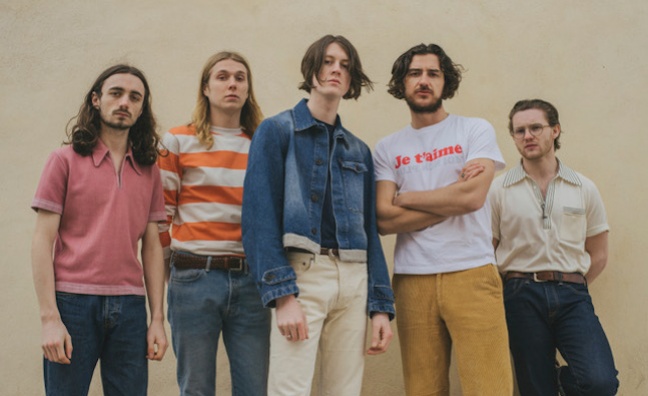 Virgin EMI president Ted Cockle has told Music Week he’s “delighted” with the return of Blossoms and their sophomore album, Cool Like You.

While the record failed to match the chart-topping success of their self-titled debut, Cool Like You’s first week OCC sales of 19,140 were not far off their 20,987 opening tally of two years ago.

Cockle said the band’s No.4 chart position on Friday (May 4) was a result of “the Post Malone phenomenon” and continuing success for The Greatest Showman OST. Blossoms’ Top 5 finish represents a rare success for indie rock in 2018.

“They are doing incredibly well in a format, in a lane that is pretty appalling to break out of at the moment, so for us to even be anywhere near a rostrum position, we’re delighted,” Cockle told Music Week. “We love the record.”

Blossoms’ single I Can’t Stand It is currently on the Radio 1 A list. According to the Official Charts Company, the track has racked up 2,768,803 audio streams.

“They arrive in town looking like a rock ’n’ roll band from Stockport but they are sizeable radio records,” said Cockle. “They’re like a northern indie band but with the strength of songs of Tears For Fears in their prime. Sometimes you have to stop yourself because you know what they look like, where they’re from and what they’re about, and you assume it’s just going to be The Coral or something. And yet when you listen to them, I think Tears For Fears is kind of the reference really.”

“The touring base is excellent,” said Cockle. “They have been blown away by being on tour with Noel Gallagher and I just can’t stress enough how amazingly Noel looked after them.”

Cockle said Blossoms have benefited from support ranging from Manchester City’s social media accounts to famous fans like Johnny Vegas, who’s appearing in a TV ad for the album.

“Everything about them is a pleasure to be around - they are people that delight in their job,” said Cockle of the Cool Like You campaign. “They’re obsessed with doing a duet with Kylie Minogue. They have got a plan to enjoy their life and to get their music heard.”