'We're bringing her back with a bang': Warner Music's Derek Allen on the return of Jess Glynne 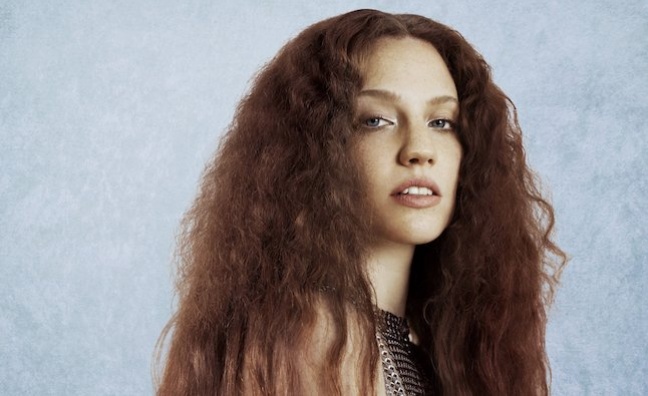 Derek Allen, SVP, commercial at Warner Music UK, has told Music Week that the major is “confident” about the return of Jess Glynne with her sophomore album.

The singer has debuted at No.16 with the forthcoming LP’s lead single, I’ll Be There (Atlantic). It follows her appearance on Rudimental’s These Days, which made her the first British female artist to have six No.1 singles.

Allen said the follow-up album – yet to be officially announced – is set for release in September. Glynne performed I’ll Be There on BBC One’s Graham Norton Show (May 4).

“We’re starting the project with an amazing single that’s going to smash it out of the blocks,” he told Music Week. “We’re feeling quite confident that we’re bringing her back with a bang.”

The Warner Music UK sales team triumphed at the Music Week Awards last month – and Allen is aiming to maintain their run of success in 2018.

“I think we’ve had an amazing first start to the quarter, despite having a year-on-year comparison with Ed Sheeran, which is always going to make it a tough performance in terms of outdoing what you’ve done the year before,” he said.

The company had the biggest album of Q1 with current chart-topper The Greatest Showman OST, which now has 696,902 sales to date. Ed Sheeran and Dua Lipa albums also made the Top 5 in the first quarter.

“In the first quarter we had 10 of the Top 20 singles in the market and three of the Top 5 albums, so I think we’re achieving [the same sales performance],” said Allen. “But it’s difficult to compare against an Ed Sheeran album that’s pretty much a phenomenon.”

The major will be doing its best to match last year’s success with a line-up of new and forthcoming 2018 albums.

“We’ve got a great schedule coming up,” said Allen. “We’ve started the year very strongly with The Greatest Showman. We’ve got high hopes for Anne-Marie, we’ve got the Jess Glynne album coming down the line, Plan B, Rudimental – there’s a number of strong projects coming all the way through now until the end of September.”