'We're in this for a career': Country's breakout stars Ward Thomas are playing the long game 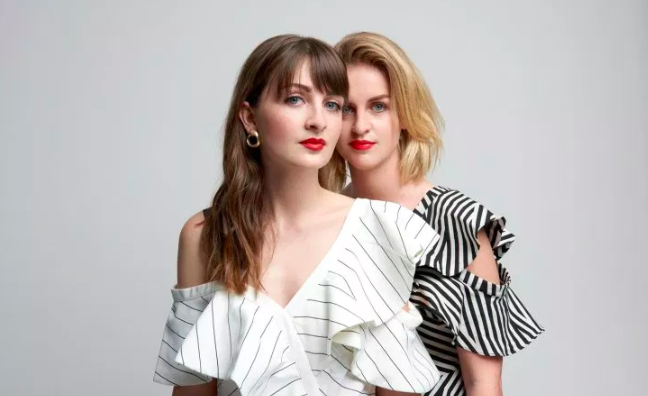 Music Week cover stars Ward Thomas have spoken about their plans to grow beyond country music as they prepare to release Restless Minds, the follow-up to their 2016 chart-topping album Cartwheels.

The Hampshire duo’s second record surged to the top of the albums chart in September 2016, making them the first UK country act to top the charts. Their rise coincided with a spike in British country music, with acts such as The Shires and the C2C: Country To Country festival reaping the benefits of industry support.

“We’ll always be part of it [the scene] in the UK, we have been from the start,” said Lizzy Ward Thomas. “It’s not about a theme or a gimmick anymore, people are realising this is really cool. Modern country music is a big mixture.”

Twin sister Catherine said: “The essence of country music will always be a huge part of our sound. There are purists in every genre, but mixing genres should never be discouraged.”

Citing Zedd, Maren Morris and Grey collaboration The Middle (768,695 sales to date, according to the Official Charts Company) Catherine said the country scene is “So full of different music, it shouldn’t be pigeonholed. Trying to define ourselves too much and put ourselves in a box closes minds and opportunities.”

Phil Savill, MD, commercial group, Sony Music UK told Music Week: “We have very high hopes for this album. Ward Thomas have made a record, which, culturally, is incredibly relevant, touching on issues such as mental health and the damages that social media can do. It represents Catherine and Lizzy’s contribution to these conversations, and we expect it will resonate deeply with both new and existing audiences.”

John Woollcombe co-manages the group with Roland Hill through WTW Music. He believes Restless Minds (which features collaborations with Ed Drewett and Rachel Furner) can reach “a broader, younger audience”.

“A lot of artists have talked about the issues on this album,” he added. “To write songs about them is quite challenging, but Ward Thomas have done it. They want to speak to their own generation.”

Hill added: “It’s not so much a matter of capitalising on the success of Cartwheels, but of challenging people’s preconceptions of what Ward Thomas are about in the same way that artists like Maren Morris and Kacey Musgraves are challenging people’s idea of what country is in 2019.”

Ward Thomas revealed they “made a conscious effort to put the brakes on and really thought about what we wanted to say” following the No.1.

“It would be amazing to have another No.1, but our aim is to have longevity and for people to connect with the album. We are in this for a career.”

Read the full interview in the new issue of Music Week, out now. Subscribers can read it online here.