'We're prepared to take more risks': Columbia Records' Julian Palmer on how the A&R landscape is changing in 2017 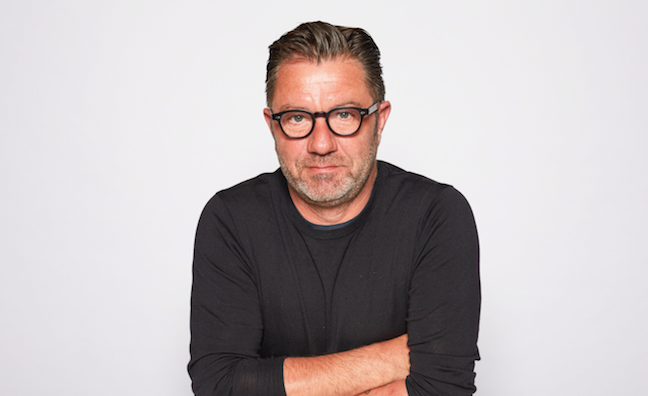 As breaking UK acts in 2017 go, Rag’N’Bone Man has made an impact that cannot be ignored.

His chart-conquering Human (679,794 sales and rising, according to the Official Charts Company) is leading the way for British debut albums this year. Second only to Ed Sheeran’s ÷ in the Top 200 of 2017 so far, it’s joined on the list by debuts from Harry Styles, Dua Lipa, Sampha, Loyle Carner, Stormzy, J Hus and Nines.

Julian Palmer, A&R director at Columbia UK, signed Rory Graham to the label, and is therefore perfectly placed to explain where it’s all gone right during the campaign.

After featuring in the cover story of the latest edition of Music Week, here we publish our full Q&A with Palmer. Read on to find out how Rag’N’Bone Man’s campaign is unfolding from the inside, how Palmer feels about UK rap’s renaissance and the ways in which the A&R world is changing in 2017.

Rag’N’Bone Man’s success in 2017 is striking, how do you reflect on the campaign so far?

It’s been a long development process, we’re very happy we’re at this point before the third single. It’s been an incredibly successful 2017. We’ve kept some pretty big releases from entering the Top 5, which is satisfying so deep into the campaign.

Are you surprised how well the record is being received?

We had to keep our powder dry until we had the songs. You have to be mindful that you’ve got the ammunition. It can be a two-year cycle from signing to the release of the album. We haven’t had to do a series of singles or features, we’ve come with two singles and it seems to have connected off the back of those. With other artists the process might be a lot longer, he’s just a different kind of artist.

It’s brilliant. The indie-driven rock scene is pretty quiet at the moment, there’s nothing particularly exciting coming out of it. Kids are excited by grime, R&B and hip-hop the way I might have been as a kid by punk. It’s the most exciting aspect of British music right now and it seems to be exciting the Americans too. Drake takes a keen interest and urban US producers I talk to are keen to work with likes of J Hus and Giggs. It seems to be a very creative moment for UK urban music and it’s being taken seriously across the globe.

How significant is Stormzy’s role in it all?

Stormzy’s a trailblazer; it’s wonderful to see. You don’t want to be in isolation, it’s good to see a movement taking hold. There isn’t very much out there outside of that scene that kids can get excited about. Also, with streaming, it’s the future right here; all those records have done well at streaming. It is the future.

What is the industry doing differently?

Maybe [artists are] becoming a bit more cautious about getting involved too soon with a major, about creating a brand that can't be misinterpreted once they do sign. It’s about signing at the right time, when the majority of development and set up has been done, when word of mouth is strong. Stormzy is semi-independent still, it sends a really positive message that once you do align with a major, and they’re not going to water down what you’re trying to do. It’s about choosing the right moment to align.

What does the UK’s breaking artist success in 2017 hold for the future?

It’s told us we can afford to be a bit braver in the type of artist we look at, to make sure we don’t sanitise what they’re trying to do, don’t squeeze them into certain boxes and allow them to grow. It’s a big thumbs up to creativity, people are reacting to records that aren’t necessarily overtly pop-leaning. We can be a bit more bolshie when it comes to looking at artists who don’t fit the mould.

And how will this affect Columbia’s A&R plans?

It’s exciting. We’re looking at young kids who have grown up in a genreless environment and are prepared to experiment. As long as the songs are good and the quality’s there, people are prepared to take more risks, both artists and the majors.