'We shouldn't have split up': Liam Gallagher talks reuniting Oasis and going head-to-head with Noel 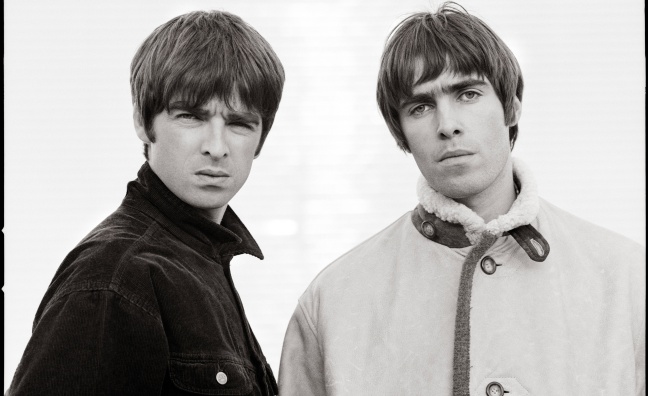 Liam Gallagher has tipped Oasis to reunite one day - and revealed he would relish the opportunity of releasing new music on the same day as his brother Noel.

While Liam's debut solo LP As You Were is enjoying monster first-week sales, Noel Gallagher dropped Holy Mountain, the first track from the third High Flying Birds album Who Built The Moon?, yesterday.

“He’s got to do his thing, I do my thing - I’m sure it’s really good. Noel’s a good songwriter man,” Liam told Music Week's latest edition.

And following on from Oasis' famous chart battle with Blur in 1995, Liam said he would happily go head-to-head with his estranged sibling.

"Fucking too right I would," he said. "Let’s have it, let’s get in the fucking ring and have a little ding-dong - whether it’s me and my brother or someone else. Everyone’s too careerist man, they’re all just going, ‘I could put a foot wrong and people won’t like me’, but that’s what it’s a-fucking-bout as far as I’m concerned.”

According to the Official Charts Company's midweek sales flash, As You Were sold 78,756 copies in its first three days to all but guarantee it will be Friday's No.1. It has already out-sold the final album by Liam's previous band Beady Eye, 2013's BE, which has shifted a total of 77,930 units.

But despite his solo success, Liam predicted Oasis will get back together in the future. “I’m not sure when, but I think [Oasis will reunite] because I know how people with egos work. Once they get a bit dinted, their heads go, you know what I mean?

"One day [Noel] will slowly start coming down to earth. It’s all in his hands - as soon as he gets a bit of a whack or things aren’t going too well, he’ll roll out the Oasis cards, without a doubt.

“I’m proud of every minute I was in Oasis, even the bad times. We shouldn’t have split up, we still should be together today."

The last Noel Gallagher album, Chasing Yesterday, charted at No.1 in March 2015 after first-week sales of 89,110.