'We've always had huge global ambition for Jax Jones': Polydor on how the BRITs nominee racked up 1 billion streams 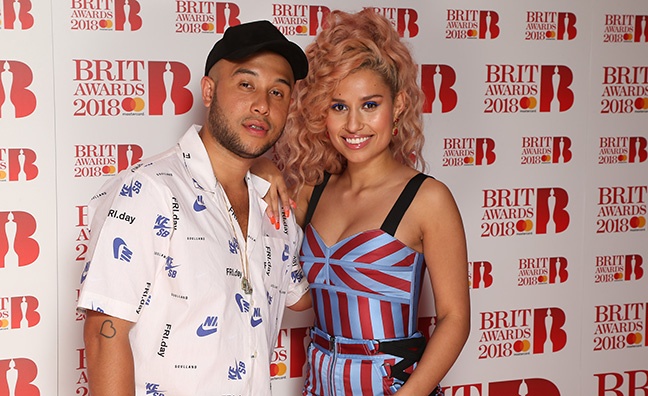 Jax Jones scored the 10th biggest single of 2017 with You Don’t Know Me (feat. Raye) with OCC sales to date of 1,142,086. His last four singles have sales in excess of 2 million – and tonight the DJ and producer is up for the British Single award at the BRITs.

It’s quite a comeback for Jones, who’s been nominated before as a featured artist on Duke Dumont’s I Got U. After a previous label deal ended, he’s now formed a fruitful partnership with Polydor (Hardlivings handle management). In the latest issue of Music Week, Jones talks about his album plans. Here, two of the label executives behind his success – head of marketing Stephen Hallowes and Jamie Spinks, A&R – take us inside the campaign that led to a BRIT nomination…

Stephen Hallowes: You Don’t Know Me was one of those special rare cases: a perfect storm of a lot of excitement around Jax Jones coming off House Work, which had been a big specialist radio and streaming hit, a lot of excitement around Raye as one of the key tips for 2017 and a brilliant song that was instantly hugely reactive. The song was driven initially by specialist radio, streaming and clubs and instantly began charting higher than we’d expected across iTunes, Apple and Spotify in late 2016 – it was clearly a big record. Then in early 2017, it really started to explode, commercial radio followed suit and it ended up at over a million sales in the UK.

Current single Breathe (feat. Ina Wroldsen) is still in Top 10 – how important is that track in cementing his status as an artist rather than a DJ/producer?

SH: Our aim for Jax is that he is a career artist delivering consistent hits, so Breathe going Top 10 has been crucial in sending that message. We took a similar approach with Breathe as we did with You Don’t Know Me, which was to release it in early December, build up a really strong club and specialist radio story and then really go for it chart-wise from the beginning of January when all the Christmas and New Year's Eve records had cleared out of the chart. There is a window at the start of January these days for records that are already up and running to really gear up, which we took advantage of.

How can Jax Jones build on success to become a career artist?

Jamie Spinks: The key to Jax growing as an artist is continuing to build on his character and identity. From the beginning, Jax’s ambition has been to create an experience musically and visually so there is a connection from the music back to him as a person and artist. This is represented in his live show, merch, artwork and music in that they all have a consistent theme. Given the success his previous releases have had, I think there is a familiarity with people for what a Jax release sounds, looks and feels like, which is really important for creating hunger and excitement for future records.

What are the global ambitions for Jax Jones?

SH: We’ve always had huge global ambition for Jax and we saw a great success internationally with You Don’t Know Me going Gold or Platinum in 25 countries - and Diamond in France - and selling over 8 million adjusted singles worldwide. Jax crossed 1 billion streams globally late last year too. And Breathe is setting up incredibly well – it’s No.8 on the Global Shazam chart and becoming a hit in Belgium, France, Netherlands, Germany, Spain and Mexico. It feels like it’s following a similar pattern to You Don’t Know Me internationally.

What are the album plans for Jax Jones?

JS: Jax plans to release an album in 2018. His background is one of playing in bands and live music. That musicality can sometimes be overlooked in the dance amd electronic world Jax’s music has mostly resided in so far. An album gives him the opportunity to show people how musically talented and diverse he is as a producer. He is collaborating with some very exciting artists and writers on a body of work people should be expecting to hear this year. There will definitely be more track releases and interesting collaborations.

With Stefflon Don and Raye both featuring on Jax Jones tracks, is Polydor always looking for opportunities to pair up artists on the label?

JS: We are very lucky to have a roster of young, talented artists who are genuinely fans of each other’s music and want to work together. It’s always nice for Polydor to have a record where artists from our roster have paired up, but it initially has to come from the artists. I think the success of the collaborations we’ve had with artists within Polydor has come down to how naturally the opportunities have occurred, and how right it’s felt for them to happen in the moment rather than us actively looking for them to happen.