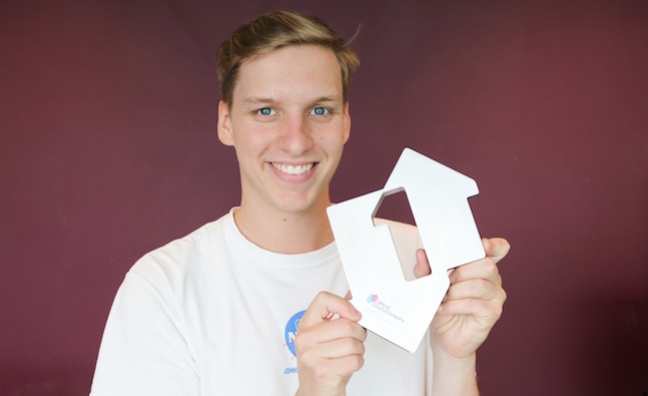 Columbia head of marketing Alex Eden-Smith has told Music Week that the label is “just getting going” with George Ezra’s comeback.

Sophomore album Staying At Tamara’s has not been out of the Top 5 since release in March, while Shotgun became the singer’s first No.1 last week. It is currently holding off Drake from the top spot.

“It’s a huge moment for a real standout song,” said Eden-Smith. “We knew it was always going to be a huge song. Ever since the week of release of the album, people have got to know it and it was a clear favourite. Media have really embraced the song, as have the fans.”

As revealed in the latest issue of Music Week, Ezra’s sophomore album is by far the biggest UK artist release of 2018 at the year’s halfway point with OCC sales to date of 272,573. The only bigger sellers this year are The Greatest Showman OST, Ed Sheeran’s ÷ (both 2017 releases) and Now That’s What I Call Music! 99.

“We were always ambitious with this,” Eden-Smith told Music Week. “People forget that George sold 1.2 million albums in the UK on his first record. Sometimes it’s a bit of a challenge on a second record but we feel extremely happy with how the album campaign is going.”

Asked if it can go on to match the sales of debut Wanted On Voyage, he added: “I am hopeful we can get there, there’s no reason at this point why we couldn’t. It does feel like we’re just getting going with this as there’s lots more songs for people to discover from this album."

Eden-Smith also noted the success of Shotgun on streaming platforms, alongside a healthy proportion (22%) of streams for Staying At Tamara's.

“I do want to stress the audience building on this and the level of marketing analysis that goes into bringing new people in,” he said. “Showing new people different bits of content at different stages of the campaign, that’s something we paid real attention to. It’s also about the strength of the relationships we’ve built with Apple, Spotify and Amazon.”

As well as continuing media activity, Eden-Smith said Ezra’s profile will be maintained by regular touring.

“George is on the road and he’s doing festivals over the summer,” said Eden-Smith. “He’s got big tour dates in the autumn in the UK and he’s just sold out Wembley Arena, which is a huge moment.”

To read Sony Music CEO/chairman Jason Iley and George Ezra on the campaign’s success, pick up the latest issue of Music Week – or subscribers can click here. To subscribe and never miss a big industry story, click here.