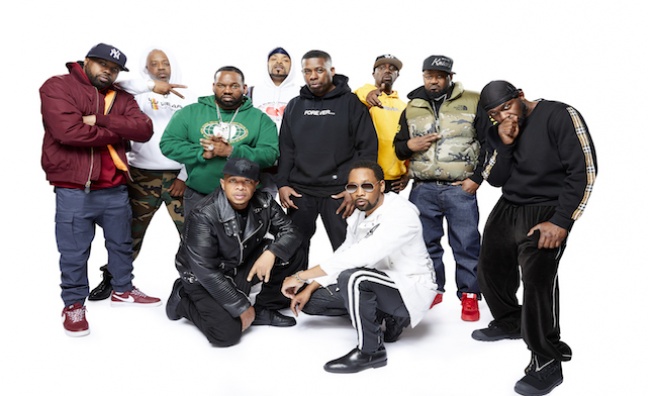 We welcome Wu-Tang Clan, Public Enemy and De La Soul have confirmed they will be performing three special UK arena shows together in May 2019. The events – promoted by SJM – will see the groups perform at The SSE Arena Wembley in London on May 10, Manchester Arena on May 11 and Glasgow The SSE Hydro on May 12.

The dates – billed as the Gods Of Rap – will also be hosted and presented by the legendary DJ Premier. Subscribers can read Premier’s 2018 Music Week interview about the relaunch of Payday Records here.

The tour has been scheduled as part of the celebration of the anniversaries of three iconic landmark albums: Wu-Tang Clan’s Enter The Wu-Tang 36 Chambers, Public Enemy’s It Takes a Nation of Millions To Hold Us Back and De La Soul’s 3 Feet High And Rising.

Speaking exclusively to Music Week about the event, SJM promoter Chris Wareing said: "I don’t believe anything like this has been done in the UK before on this level."

He continued: "This tour creates a legacy, it’s a moment. The groups are the biggest in their genres, they’re all celebrating notable anniversaries of their biggest albums and I am led to believe this is the first time they have all been on the same bill together. It’s important to kick the door open and create something special that leaves a legacy and gives incredible value for ticket buyers."

Tickets go on general sale January 25 at 10am.