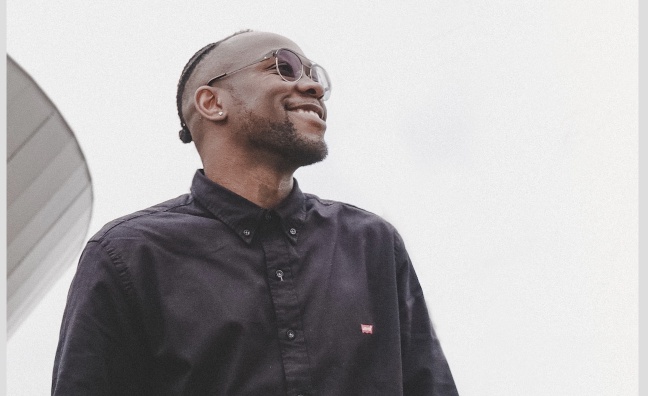 PRS Foundation has announced the appointment of Yaw Owusu to a new senior management role at the organisation.

An official press release stated that, in this new senior role, Owusu will “oversee and lead PRS Foundation’s new initiative that will be launched in January 2021 and will power up Black music creators and industry executives. The position will form part of the PRS Foundation’s senior management team to integrate the programme learnings and actions across the organisation.”

Owusu originally started working with PRS Foundation in August 2020 as a programme consultant. He is a director and executive manager of The Playmaker Group where his prime activities include creative consultancy, talent development and content creation. He has consulted on a number of key music projects with MTV, BET, Liverpool International Music Festival (LIMF), Nike, BBC Radio 1 Academy, MOBO, The Fader Label, Jockey Club Live and Levi’s.

Owusu has also produced radio documentaries for BBC Radio 1 & 1Xtra, BBC Radio 4 and The World Service, and worked on various music campaigns for artists. He is also a co-founder, alongside partners Seani B and Ray Paul, of BrukOut Entertainment, which includes a label and events.

Speaking about his appointment, Yaw Owusu said: “I am excited to continue to build upon the great foundation we have started over the last few months. This soon to be announced initiative and the scope of this new role will enable me to be effective and efficient in contributing to positive changes for Black music creators and industry executives in so many ways”.

Joe Frankland, CEO of PRS Foundation added: “We’re delighted to have Yaw continue to work with the PRS Foundation team from January. He has played an instrumental role in shaping our new programme, forming a new Executive Steering Group and 7 Focus Groups along the way. Bringing him in long-term and in a newly created senior position was a no-brainer and allows us to start 2021 as we mean to go on – with a game-changing new initiative for long-term positive change.”