Yola talks changing the conversation around the Grammys 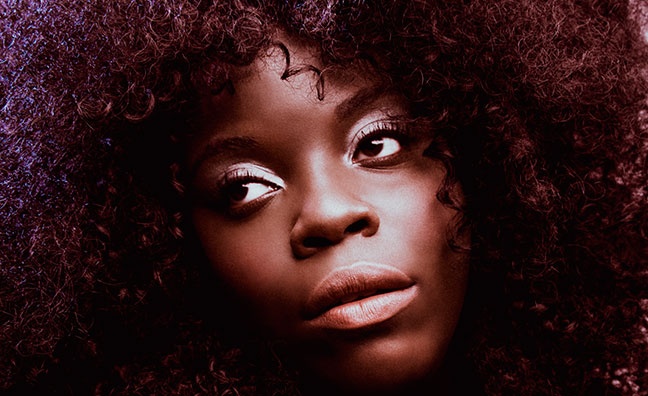 When the nominations for the Grammys were announced Bristol singer Yola had moved out of her flat, committing to a life on the road.

Talking to Music Week in December, Yola joked that she “might be one of the only Grammy nominees with no fixed abode”. Back then, she was still in shock, revealing that she’d “cried intermittently for about 24 hours” after finding out.

Ahead of this weekend’s ceremony, the Recording Academy is negotiating the fallout from the departure of CEO Deborah Dugan, who has been placed on “administrative leave”.

Here, in a new extract from our On The Radar interview, Yola talks about her Grammys experience so far…

How does it feel to be among the nominations?

“We're talking about this concept of acceptance and being seen. And that's very much what it felt like, it felt like I was seen and that my efforts are being seen, the work that I put in was being seen. It's very easy for people to go, ‘Oh, you're really good at singing’. I work really hard at being really good at the basics of my job, which is singing and writing songs. Regardless of what I win or I don't win, like I know that if it's time to throw down, I am confident.”

Historically, there has been debate and controversy surrounding the make-up of the Grammy nominations. Where do you stand on those issues?

“There have been efforts. Certainly in country and Americana, there’s been a push for not just inclusion of women, but also promotion of the mutual support of women. Part of any narrative of suppression is convincing the suppressed to contribute to that suppression. I remember situations when I used to be in bands where people would convince you that women didn't really like women and that was just a thing that you had to accept, that being down on other women, or feeling competitive with other women more than anyone else was just a natural sensation. Part of undoing that narrative within a community contributes, inevitably, to the remainder of the music making population that wants to be supportive of women. It gives more of a chance for that kind of support to bear fruit because you're not suppressing other women. I can't say I haven't fallen foul of that. I was definitely mind-contrilled into a little bit of self-sexism. I had to work my way out.”

How are things developing now?

“It's down to women waking up and loving themselves and believing in themselves and supporting each other, that has been a really big part of it. I don't think it's necessarily been a gift bestowed by the Academy or by men, for that matter. Certainly, when it comes to people of colour, it’s making sure that they have this awareness of supporting each other. Instead of being down on each other, support the diversity of music that comes out of a community. It’s really important to support not just one type of black person or one type of person that comes from a specific genre.”

So do you feel things are changing?

“There’s a general awareness of people's cognitive bias being challenged. And that's what we've been dealing with around the Grammys. It’s not that the institution itself has anything wrong, it’s that people inherently have bias. And we all don't want to admit that we have bias. So nobody does anything about it, because they don't want to admit that anyone has any bias. And so, we've been talking about this bias and dealing with it. And as a result, people from different backgrounds other than just being a white guy are able to cut through and be seen, and kids are able to see these people, and that contributes to what these kids think that they can do.”

Read Yola's On The Radar interview in full here.