'You can't capture lightning in the bottle again': Rihanna producer JR Rotem on the key to writing hit songs 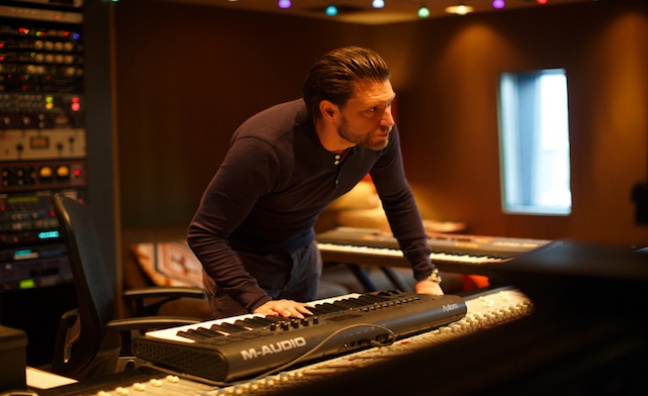 In the new issue of Music Week we speak to elite hitmaker JR Rotem. Over the years, he’s worked with everyone from Rihanna and 50 Cent to Gwen Stefani, and more recently his work with rock bands like Fall Out Boy and Weezer. In the interview, the prolific producer recounts his journey from struggling jazz musician in San Francisco to record-breaking hip-hop producer and, now, label executive (both the pre-existing Beluga Heights and recently formed Lyon Estates), while also reflecting on the key to career longevity, diversity and his hopes for the future.

Rotem got his first break when D’wayne Wiggins, founding member of R&B group Tony! Toni! Toné! and the man who developed and signed Destiny’s Child came across a beat of his that would go on to become Fancy (from 2001’s blockbuster release Survivor]. While things were slow to pick up from there, it was when he teamed up with Zach Katz – then a manager, now president of repertoire and marketing at BMG US – that things clicked into gear, the pair securing record-breaking amounts of placements in the hip-hop world before their big breakthrough: producing Rihanna’s first ever No.1 hit S.O.S..

“It was a very long ride throughout the years,” Rotem told Music Week of his career so far. “It’s one of those rides where I knew I always wanted to do it, I knew I was going to work relentlessly, but a lot of it was unexpected twists and turns and luck. I can’t say it was all planned out and it turned out in surprising ways.”

Here, in an unseen portion of the interview, Rotem explains the pressures attached to being a prolific producer and the way songwriting is evolving in the streaming age.

How do you handle the psychological pressure of industry expecting you to constantly produce hit after hit after hit?
“Well, look, there’s definitely a certain pressure that everyone, who wants to be successful, who goes into the studio feels. It’s inevitable, it’s in the back of your mind all the time. I’m not very good at this at all - I’m trying to get better – but the thing is you have to try and not focus on that when you’re in the studio. The ironic thing is, usually a hit song has a certain magic to it. Yes there’s some maths, and there’s a formula and ‘This will be catchy and this won’t’, but a lot of times really successful songs have some X-Factor that’s intangible. When you get that, and the fruits of all the success, the money, the people calling you, people wanting you to do it again, it’s very easy, like a mathematician, to try and recreate that magic, but you really can’t capture lightning in the bottle again.”

So how do you get around it?
“You have to put those feelings to the background and stay in the music, stay pure and figure out the best way you can to take the pressure off yourself while you’re in those creative moments. I’ve been very guilty of coming into the studio and being like, ‘Is this a hit? Does this sound like a hit?’ You can lose perspective. There’s a time to be completely open and creative and a time afterwards to analyse and edit your work. You have to learn how to balance the two sides of things. It’s important to separate them. If you’re using both sides at the same time you’re not being fully creative in the moment.”

Has the evolution of streaming changed the way you approach songwriting?
“I definitely think it has. The world is completely different now, in terms of how people consume music. For the most part, it seems the concept of making an amazing album as a full body of work seems to be less important than making a song. The way people consume music, people are switching from one song to the next, they’re listening to 30 seconds of one to another.”

You have to get them in 30 seconds...
“Definitely. And they’re switching from genre to genre, things are very different. There’s plusses and minuses. The type of music that works on streaming is sometimes different to what works on traditional radio. There are definitely songs that are successful on both, however, they’re not exactly the same. Streaming has allowed for a little bit more floatier stuff, the tempos can be a little slower, things can be a bit edgier. It’s a good question, but complicated to answer.”