'You have to see it like war': Skunk Anansie's Skin on how to win as a support band 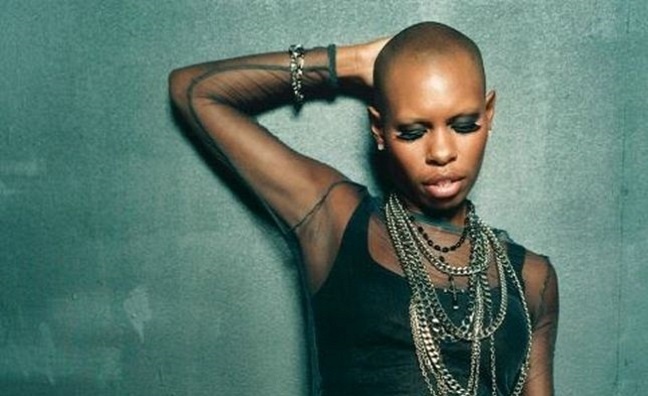 All support bands should aim to "to steal as many fans from the headliner" as possible, according to Skunk Anansie's Skin.

It can be a thankless task opening for bigger acts, but speaking to Music Week as part of our annual Rock Issue, the frontwoman explains how her band made the most of opening slots that included sets before the likes of U2, Rammstein, Aerosmith, and Lenny Kravitz.

"When you’re headlining you can relax, but when you’re the support band your whole reason to be there is to steal everybody’s fans," declared Skin."You have to see it as a bit like war. Your job is to steal as many fans from the headliner and embarrass them as much as you possibly can by being the best. Take no prisoners!"

The frontwoman suggested her band picked up this combative approach to gigging thanks to the mixed reception they received when they first emerged.

"With Skunk Anansie we always had to be way better than the bands around us in order to get the same shit, we were always judged harshly and we had to convince people that they couldn’t resist the beauty and live vibe of Skunk Anansie," she explained.

"We never had the licence some bands had, so our attitude was, 'This is war'. A lot of times we were better than the headliner. Not with U2, obviously, but there are some bands I could mention. We never beat Rammstein or U2's live show, there was no comparison, but in terms of being on stage and rocking out, we were often better than the headliner and that was job done."

Skin admitted that while some artists did not enjoy being upstaged at their own shows, one rock'n'roll legend picked up the gauntlet they thew down.

"Some of the acts hated it and some of them loved it. We played with Iggy Pop and you’ve never seen anyone like that guy," she recalled. "We thought we’d slammed it and then he came on and absolutely trod us into the ground! He put on the performance of his life. That’s that’s a true live performer, he saw the challenge and bettered it!"

And for any up-and-coming acts doubting the veracity Skin's advice, the singer was quick to point one act who benefited from supporting Skunk Anansie on tour.

"Muse supported us and learnt from us, I think," she said. "That’s when they turned into a proper rock band, before that they were more indie style. Us and the Deftones changed up their vibe."

Get the new issue of Music Week, on sale now, for our extensive Aftershow interview about Skin's experiences in biz, plus the rest of our rock special.

Plus, read Skin's acceptance speech from the Music Week Women In Music Awards 2018 when she was named Inspirational Artist.