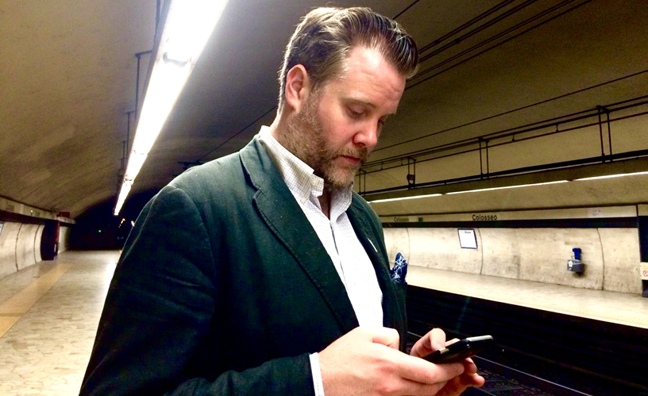 Summing-up the resurgent British jazz scene, he singled out Emma-Jean as one of his picks of the moment, intriguingly describing her as “playing trumpets and electronics, often at the same time!”

Gilles added that although this new scene has been percolating through club nights – he’d DJ-ed out tracks himself – its jazz chops were impressive and authentic.

He’s not wrong, and while Thackray is happy to utilise technology, her own playing has a warm, soulful personality.

Ley Lines is the Yorkshire-based musician’s just released, eight-track second EP and though created without a band it truly broadens her horizons.

Most impressively, while Ley Lines pays its dues to the Coltranes and the Monks of the jazz world, it is also a vividly contemporary collection making the most of subtle electronics and, in places, passionate vocals.
Perfect for the club… jazz or otherwise.