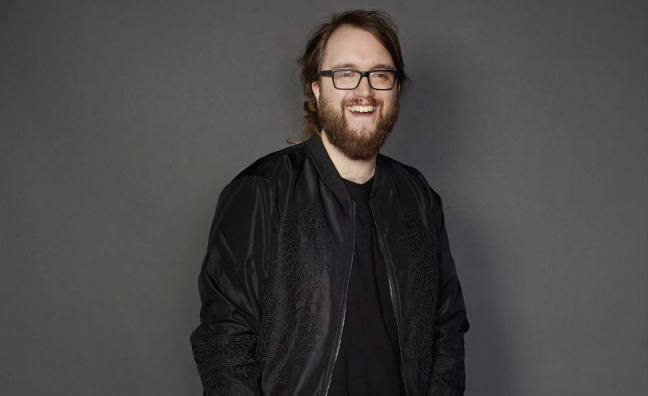 People that think that grunge had its day in the ’90s…think again. The earth is currently swimming with some of the most exciting Seattle-laden riffage we’ve heard in years, and here in the UK, right at the front of the pack, are Black Foxxes.

In a world of shimmering production, and throw-away lyricism, Black Foxxes’ debut LP I’m Not Well hits you like an axe between the ears.

While others add tracks in, they’ve stripped layers off, while many producers pump the compressors, Black Foxxes have elegantly ushered in a breath-taking dynamic range.

The result is a deep and unsettling connection to the mind and emotional state of frontman Mark Holley. Depression, anxiety, his battle with a chronic illness, it’s all on the table, and we are part of this catharsis.

Not in a trite, celebratory way, that feels kiddy, but with an authenticity that feels almost too personal.

This also comes across in the live environment – how many events have we all been to, where we, the industry, gleefully chat away over a beer while some poor bastard pours his heart out on stage?

Not at a Black Foxxes gig. During the quieter part of their sets, their venues are silent, not quiet… silent. There’s something innate going on.

The same thing that prevents you laughing out loud in the middle of a funeral, or exposing yourself at a birthday party.

And for me, a record that taps into the fundamental nature of humanity… is probably worth a listen.