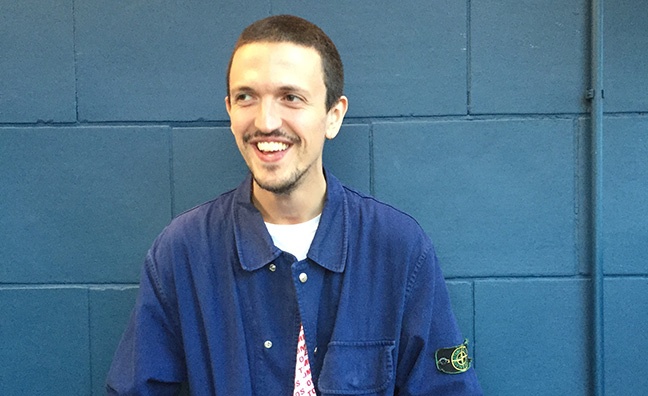 When a year ends, the music industry needs eyes in the back of its head, to look back at the records that defined the past 12 months, while gazing ahead towards the sound of the next 12.

What could be better, then, than a band that allows for both? Snapped Ankles released their debut album Come Play The Trees on The Leaf Label back in autumn, and they’ve spent the intervening months dragging its maniacal wares around the country.

Heading into 2018, they’re primed for bigger stages and more exposure.Happily for anyone intending to gorge on its cement mixer blend of whirring synths, percussion and vocals, there are January dates to look forward to, including one at London’s Moth Club.

As well as the music, which pilfers from post-punk, psychedelia, krautrock and more, Come Play The Trees is jammed with some of the best track titles of 2017 (Hanging With The Moon, Tuesday Makes Me Cry, True Ecology). But the London-based foursome need to be seen to be believed, their live shows seeking to rejig the meaning of the word ‘gig’. Cider-fuelled 5am séance in a woodland clearing populated by forest mutants might be more accurate. Yes, there are costumes. Yes, it will freak you out.

So, amidst this season of list-making, do the right thing and put Snapped Ankles on yours.