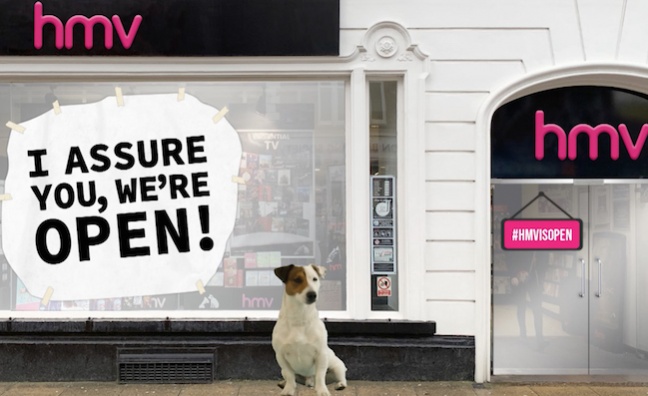 Lewis Capaldi has partnered with HMV on a Christmas TV advert, featuring an outtake in which the singer admits he thought the chain had “gone bust”.

HMV was acquired by Doug Putman in February, after going into administration after Christmas 2018.

The retailer decided to leave the outtake in the Christmas ad, as it acknowledges that some consumers might still think it’s vanished from the High Street. The commercial featuring Capaldi’s debut Divinely Uninspired To A Hellish Extent (EMI) will air for the first time during ITV’s I’m A Celebrity… Get Me Out Of Here tonight (December 4).

During the advert for the deluxe edition, Capaldi jokingly describes the release as a “cash grab”.

HMV is now encouraging the public to tweet Lewis Capaldi with the hashtag #hmvisopen.

Putman said: “We loved this. To be fair to Lewis, a lot of people seem to think we’d closed down so we thought we’d let people know that #hmvisopen in stores and online.”

He added: “If I had a pound for every time that someone told me that they thought HMV had gone out of business, I’d be a very rich man. As it is, we’re thriving and are selling more vinyl, Blu-Ray films, audio technology and books than ever. Hopefully this advertising campaign and Lewis’ gaffe will help put the rumours of our demise to bed once and for all.”