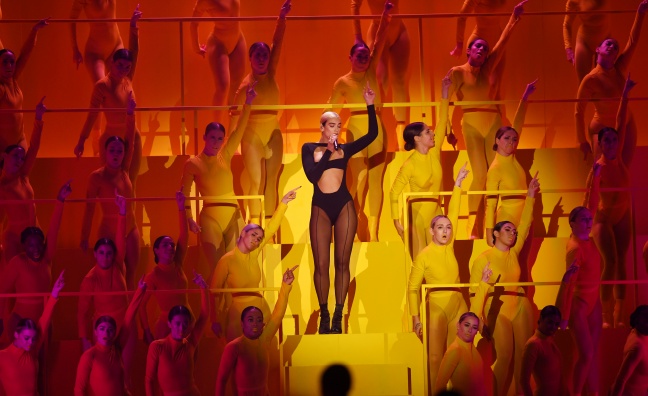 Dua Lipa kicked off the 2019 MTV EMAs with the first global live performance of her new single Don't Start Now, setting the tone for a night where women won out in many of the evening's main categories.

Hosted by Becky G, who also performed, last night's show at the FIBES Conference & Exhibition Centre in Seville marked the second time in as many years the EMAs had taken place in Spain following last year's event in Bilbao.

Rosalía was accompanied by 52 dancers against a pyramid of red chairs for a rendition of Di Mi Nombre, while NCT 127 became the first K-Pop group to play on the global MTV stage, performing Highway to Heaven. Other artists to perform included Halsey, Ava Max, Niall Horan, Mabel and Akon.

Liam Gallagher accepted the first-ever MTV EMA Rock Icon award in his own inimitable style, quipping: "I want to congratulate MTV for recognising my brilliance." The frontman later closed the show with performances of Why Me? Why Not single Once and the Oasis classic Wonderwall, complete with string instruments and a band containing founding Oasis guitarist Paul "Bonehead" Arthurs.

Taylor Swift - Me! ft. Brendon Urie of Panic! At The Disco

Mabel - Don’t Call Me Up

Niall Horan - Nice To Meet Ya