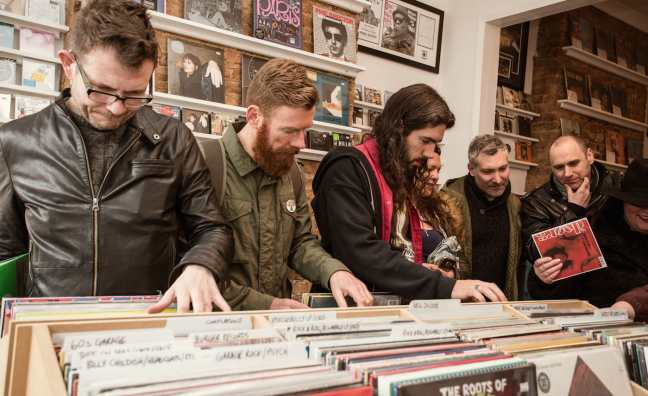 Independent record stores have dismissed concerns over supermarkets muscling in on the vinyl scene, as they prepare for their annual Record Store Day sales boost.

Banquet Records manager Jon Tolley said: “[Supermarkets] are not the enemy. We need these things to exist. We need HMV to be a High Street chain, which allows people to go and pick up records from the High Street, and if in Sainsbury’s you have a kid with their parents doing the shopping and their dad picks up a record and it serves as a stepping stone that’s great. The more exposure to the love of playing records the better.

"Sainsbury’s and Tesco do what they do; we have something cool about us that maybe a greengrocer doesn’t. It is an art form and sometimes people want something other than a race to the bottom for price and they want that different service and experience when buying a record.”

Alan Jordan, founder of Newcastle's Reflex, added: “[Supermarkets selling vinyl] is an indication of where the market is more than anything. If a supermarket is selling records it’s a good advert for selling records.

"We carry around 2,000 titles in our shop, Sainsbury’s have probably got about 20 most of the time. They cherry-pick a few titles and they sell record players as well. I don’t see them as a threat. If someone buys a record in Sainsbury’s they might then want to visit a record store. I see them as expanding the market and I don’t think they’ll compete with the indie shops in terms of service.”

Vinyl's high price has helped boost many indie stores, but it's also helped labels. According to the BPI, vinyl now accounts for 4.5% of total label revenues.

"The more players in the market selling vinyl, the more people are being introduced to vinyl, and then the knock-on effect for independent retailers is good and everyone can benefit from that," said Record Store Day coordinator Megan Page.

"It’s important to remember that supermarkets are pretty much stocking around 20 titles or so in each shop, they are not like an independent record shop. They don’t have the same amount of titles and gems, and they don’t offer the experience you get from going into a record shop.

"There has been no negative impact from supermarkets selling vinyl. Obviously the market share will spread out a bit with more players in the market, but it’s not had an impact on indies at all.”

Record Store Day releases are only available in independent stores, not through HMV or supermarkets. But, despite not being involved in Saturday's festivities, Sainsbury's is optimistic the occasion will provide an indirect boost.

"With Record Store Day coming up, the media focus will return physical music to the forefront of people’s minds - this is likely to have a positive impact across our whole range," said Sainsbury's music buyer Sean Cowland.

“Vinyl sales over the last year have been better than we could have imagined, selling over 220k units in 12 months. The format has really been embraced by our customer base, and we’re seeing older, male shoppers, who had perhaps got out of the habit of buying CDs regularly, returning to physical music via LPs.

"Adding vinyl to our stores has boosted the diversity of our music range, and had a positive impact on our overall music offer, and this shows no sign of abating as customers return regularly to build their collection. It is also immensely popular with our store colleagues who have shown great support for the format."

See the latest issue of Music Week for more on the state of the vinyl revival.