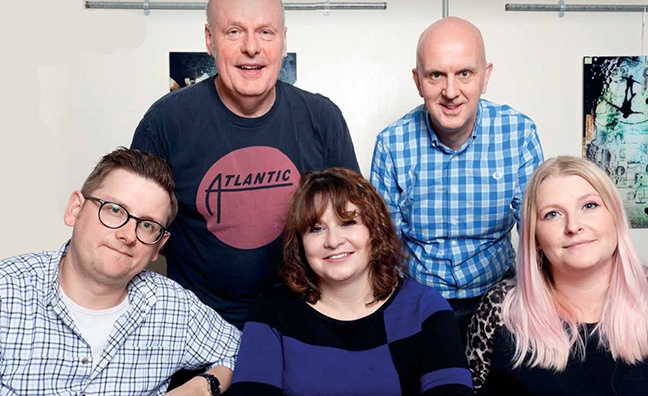 Music fans being “forced into certain directions” by direct-to-consumer marketing has been identified as one of the main threats facing the physical retail sector.

The panel discusses – and praises – the CD and waxes lyrical about vinyl, while dismissing concerns about supermarkets reducing space for physical music.

However, HMV’s Hirst appealed to record labels to “listen to consumers more” when it comes to physical product.

“Consumers are being forced into certain directions that are damaging, such as the increase of direct-to-consumer from labels and artists in particular,” he said.

“That is a threat that the industry can do something about, because whilst the margin benefits are clear to labels and artists, it’s quite short-sighted because High Street retail, whether that’s a supermarket, a specialist retailer or an indie, thrive on footfall and if those elements of a fanbase are encouraged not to go into a record shop anymore, then that is going to accelerate the decline of physical.”

It's about making a record shop a destination

Mulligan also noted the impact of business rates on retailers. “You don’t need to be a rocket scientist to work out it’s a bloody difficult business to be in. I don’t think business rates, and the way they work at the moment make it any easier for anyone,” he said.

Proper’s Mills said that the company has opened 200 new accounts over the past 12 months, and noted increased creativity among the latest generation of physical music sellers.

“Entertainment retailers now are finding a way of making it work. It’s about making a record shop a destination; they’re having to be cleverer about creating that destination store and making people spend money on music,” said Mills. “The new breed knows that that is how they have to operate a business and that’s how the High Street works now so we’ve got some really great retailers in the market.”

Indeed, Mills went further and said that she “can’t envision a time where I can’t go into a shop and buy either a CD or a vinyl.”

On supermarkets, Mulligan simply said: “As long as customers want music, why wouldn’t they sell it?” He also praised the "invaluable expertise" found in the physical sector.

He added: “They might rein in space, but they’d be foolish to go too far down that route. You really don’t want to lose gift purchases. I imagine all the supermarkets had a skip in their step when they heard there was a Michael Bublé album coming. We’ll see very little change in supermarkets over the next 12 to 24 months.”

Subscribers can read the round-table discussion in full online here.