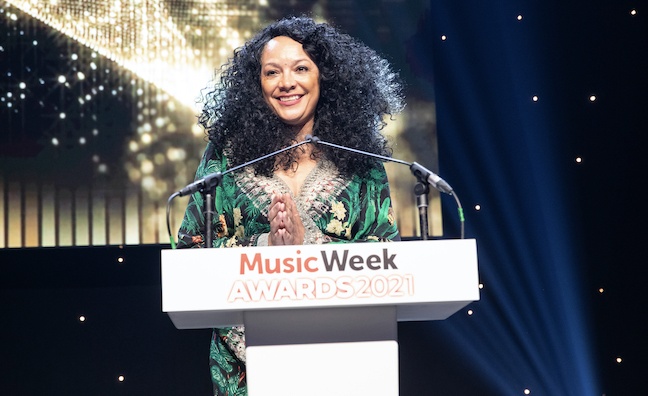 Kanya King has told Music Week that winning The Strat at the Music Week Awards represents systemic change in the music industry.

The MOBO Awards founder accepted the trophy following a moving speech by Craig David, while a range of artists and executives including David Joseph, Skin, Max Lousada, Ray BLK, Jason Iley and Darcus Beese paid tribute to her work in an an accompanying video. She told the story of her career via a powerful speech, before sitting down backstage with Music Week to relfect further.

Find out what our cover star had to say about the night below... 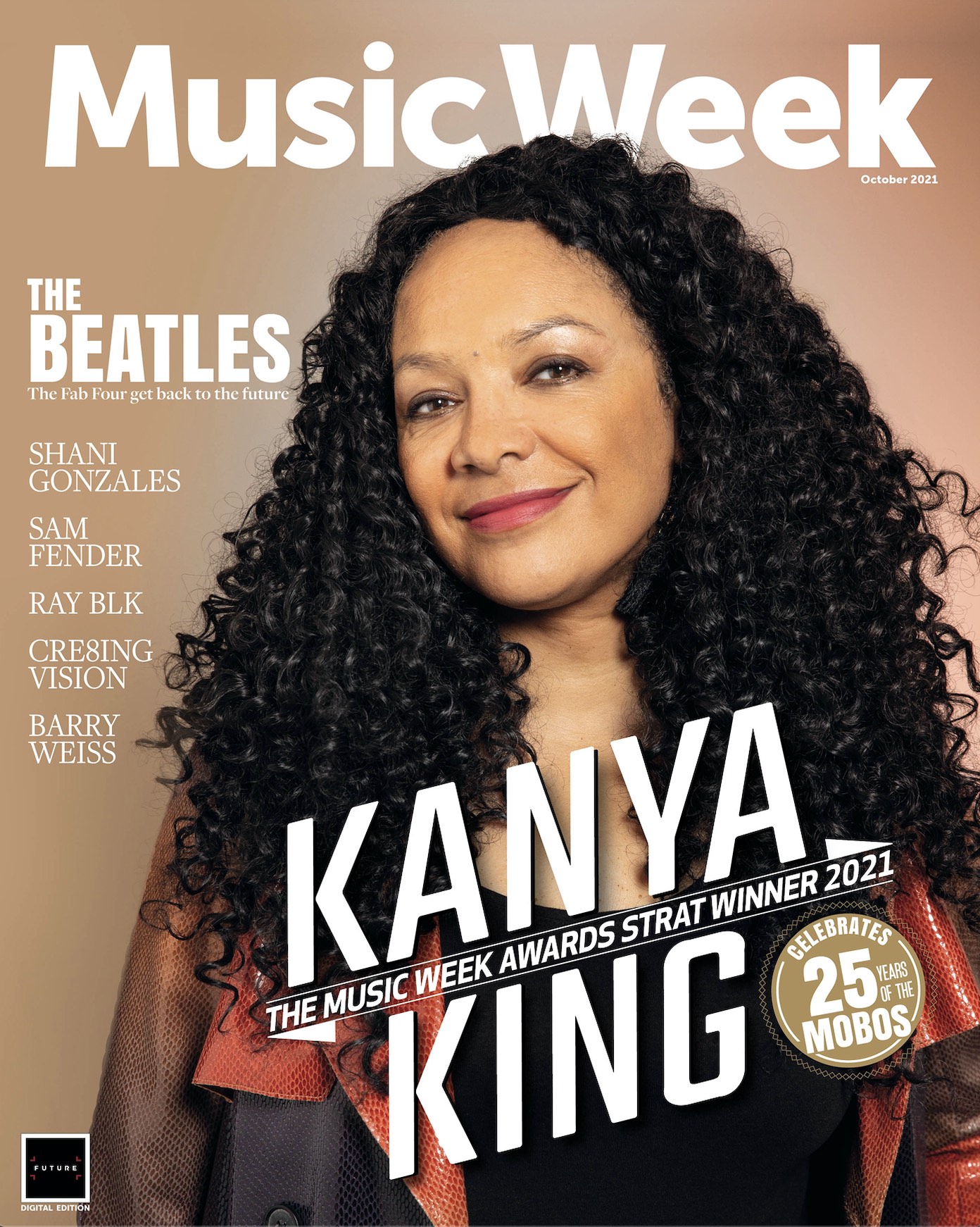 How did it feel to here and up on stage in front of the whole industry?

“It’s a long time since we’ve been out at such a gathering like this and I had family, friends and some of the MOBO team here, which is brilliant. It’s something that will be etched in my memory for many years to come. Craig David's speech was so moving and powerful. I was truly touched. He was in the [acceptance] video wearing ‘buy British' jumper at the MOBOs. It was an iconic moment. It was fantastic to see it, he uses the power of his platform for a bigger purpose and a wider impact and for that I salute him.”

Why did you want to deliver such a powerful speech tonight?

“I think the reasons why people do what they do is important, really. It’s important to understand the motivation, the drive and how, having overcome so many challenges we’ve kept going and not just survived, but thrived. I thought it  was really important to share that, especially at a time when you’re being honoured for your contribution to music, it felt like the right thing to do.”

You spoke in our cover interview about feeling like an outsider in the music industry. Do you still feel that?

“I feel like we’ve gone from wanting for MOBO to go away, we started with people saying, ‘The MOBO Awards should just go away,’ to then being tolerated and now, finally, being celebrated. That’s very powerful. I feel like I’m accepting this award on the shoulders of giants. So many people have inspired me and have been doing great work in the industry and I feel like this is a changing tide.”

What does this award represent for you?

“It’s bigger than me, it’s a representation of the culture and the scene and where we are. With the George Floyd murder and the Black Lives Matter movement, the world woke up to the injustices around Black representation and the statistics in lots of different sectors and I think a lot of uncomfortable conversations were had. Never in my lifetime have I experienced all the conversations that have been going on in different companies and sectors. That made people reflect internally on their organisations, from their supply chain to the ecosystem, and realise the challenges and obstacles. Intersectionality has played a part, too. All those things have made a huge difference.”

With MOBOLISE now underway, what’s your message to young people that want to get into the music industry?

“The whole point of MOBOLISE is twofold, one is to provide access to jobs, opportunities and skill development, and the other is all about sharing knowledge and moblising for growth, whether you’re an organisation or a candidate. What we’re really keen to do is have emerging talent set up their profile on the platform, where there are phenomenal opportunities from the most forward-thinking companies in the world. I hope that any young person getting into the industry can make their mark and not feel isolated or like an outsider.”