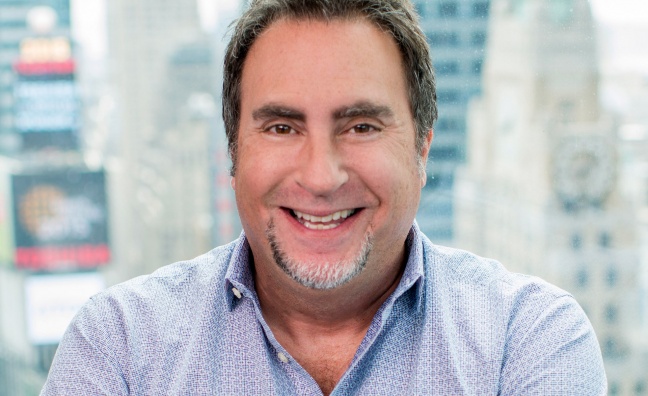 MTV parent company Viacom has appointed Bruce Gillmer to the newly created role of head of music and music talent for its Global Entertainment Group.

In his new role, Gillmer (pictured) will oversee music programming, talent and events for the portfolio. He will also continue in his current role at Viacom International Media Networks (VIMN) as EVP of music and talent programming and events and co-brand lead for MTV International.

“I couldn’t be more excited to continue this incredible journey and leverage the unique global scale of our iconic brands. Working alongside some of the most talented, creative minds in the business is truly an honour,” said Gillmer.

Gillmer will oversee the creation and execution of worldwide music initiatives, partnering with the Global Entertainment Group’s portfolio of brands, including MTV where he will work closely with Chris McCarthy, president of MTV, VH1 and Logo, to lead the MTV US music and talent team in amplifying music across the channel.  In this role he will oversee Viacom’s largest music events around the world, and executive produce both the MTV EMAs and the MTV Video Music Awards.

Internationally, Gillmer will continue to oversee all talent, music, events and programming, while co-directing the creative vision and operations for MTV International in partnership with Kerry Taylor, SVP of MTV International and chief marketing officer of VIMN UK.

“Bruce is a passionate music industry leader who, during his tenure at MTV International, has orchestrated countless unforgettable performances, infused more music in the brand, and further established MTV as a worldwide leader in the space," said Viacom president and CEO Bob Bakish. "I’m thrilled to have him in this role.”

Gillmer began his career at Viacom in the MTV US music and talent department. Prior to joining VIMN, Gillmer served as SVP of music and talent relations for VH1 in the US. Gillmer was heavily involved in the co-development and production of shows such as VH1 Divas Live, VH1 Hip Hop Honors and Behind the Music.