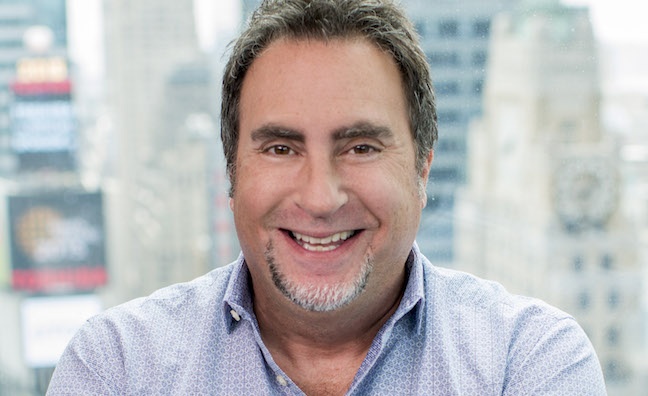 Gillmer, who most recently served as head of global music and EVP, music & talent, programming & events for VIMN, has executive produced several MTV VMAs and 13 MTV EMAs, and has been a driving force behind shows such as MTV Fresh Out Live! and Yo! MTV Raps. Most recently, he was involved in the launch of MTV Unplugged at Home globally to the worldwide MTV Prom-athon livestream.

In his new role, Gillmer (pictured) will be responsible for guiding the company’s strategy to align and optimise all music-driven initiatives across ViacomCBS.

“Bruce is a driving force behind many of our most iconic moments in music,” said Bob Bakish, president and CEO of ViacomCBS. “Music is a thread uniting many of our brands, and I’m confident he will maximise the full power of our combined company’s portfolio to bring ViacomCBS’ global music events and programming to new heights.”

Gillmer will form and chair a new cross-company initiative to coordinate ViacomCBS’ music programming, talent and events strategy. With representation from all brands, the ViacomCBS Music Council will focus on leveraging our global scale, talent partnerships and production expertise to extend our leadership in this space.

Gillmer, who began his career in the MTV music and talent department in 1987, was SVP of music and talent relations for VH1 in the US, where he was involved in the co-development and production of shows such as VH1 Divas Live, VH1 Hip Hop Honors and Behind The Music.