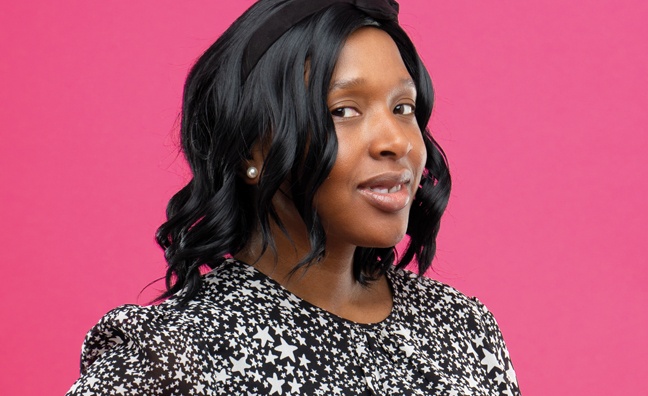 Dellessa James has told Music Week that the coronavirus pandemic can push the UK’s Black music community to new heights.

Former BBC Radio 1/1Xtra producer James, who helped drive the success of Charlie Sloth’s Fire In The Booth before going with him to Apple Music, moved to Amazon last year and has high hopes for the platform.

Speaking to Music Week to mark her first year as senior artist relations manager at Amazon Music – which is staging Prime Day Live this month –  James reflected on the current state of the UK scene.

“I’m so excited,” James said. “In these Covid times you have to be creative. How can you make an album bigger? How can you elevate it?”

“Covid and what we’ve all gone through over the last year is going to affect the Black music scene,” she added. “I know a lot of managers who stopped managing and have gone on to do different jobs because they’ve got no revenue from live shows. I’ve had a lot of artists hit me up about what they’ve learned from the last year and how they’re going to diversify their skills and move into doing other things: films, businesses and elevating their revenue streams in many different ways.”

James said that acts who may have been relying on festival income to sustain themselves are pivoting, hinting that the enforced changes could yield positive results.

We’ve got even more space to give new artists opportunities

“Think of a generic artist, who was relying  on festival money… There’s no survival for them, you know?” she said. |So now it’s about, ‘What’s my clothing line going to be? What’s my jewellery line going to be?’ There’s definitely going to be a rise in artists pushing their own businesses. I can see a big surge in artists becoming actors as well.”

James is working on Amazon Music’s +44 playlist brand and has overseen an evolution of its offering. “It’s UK rap, grime, drill, Afrobeats, all those Black music sounds,” she explained. “When Amazon first started telling me about it I was so excited and ideas just started coming, and we’re evolving it [into four separate playlists now].”

“It just wasn’t big enough,” James said. “By having the additional playlists, it means that we’ve got even more space to give new artists opportunities and also just give the customers an opportunity to discover new favourites as well.”

“They are talented, talented hosts who are really passionate about Black culture,” James said. “It lives in the Amazon Music app and has visual elements to it as well because it’s going to be filmed. That means visual social kits for the Instagram account and then, quarterly on Twitch, we’re going to do a show where we incorporate all the best visual bits. I’m really excited. I can see so much traction already. A lot of artists and managers that are just getting in contact and want to be a part of it.”

James also confirmed plans to take +44 on the road, once restrictions allow.

“It’s about getting out to all the cities and towns and hearing voices and local opinions,” James said. “I just think it’s key, getting artists from all over the UK on the show and to start hearing different opinions, experiences and challenges. London is different from Manchester, Manchester is different from Birmingham. Let’s find out what people have going on.”