'I need to be where the future is': Charlie Sloth takes Fire In The Booth to Beats 1 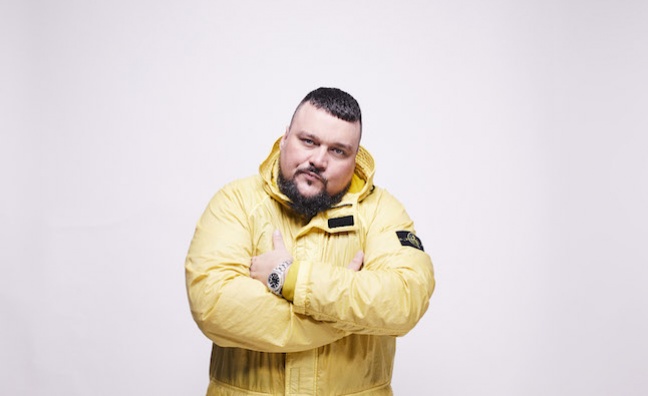 Charlie Sloth has confirmed that he is presenting a new show on Apple Music’s Beats 1 starting this month.

The former Radio 1 and 1Xtra presenter spent a decade on the BBC and was host of the hugely popular Fire In The Booth live performance slot, which featured stars including Drake and Stormzy. Sloth is taking the freestyle feature to the Beats 1 show.

Music Week first reported his move to Apple back in October. It followed the departure of DJ Semtex from 1Xtra after 15 years.

Sloth’s first show for Beats 1 will air at 8pm on January 19. He will present the weekly show every Saturday, with a repeat on Sunday at 7pm.

In the first show, Sloth has Fire In The Booth freestyles from Headie One, K-Trap, Blade Brown and Ambush Buzzworl.

The show was officially announced with an interview on Zane Lowe’s Beats 1 show today (January 14).

“I think that [Beats 1] provide a platform that is future-proof and for me, I've always been about the artists and what service I can provide to the artists and also to the listener,” said Sloth. “I felt the way people were consuming content was changing, it's changed forever and I feel that Apple Music and Beats 1 provide a service that caters for the new consumption of content. And for me, I was like, I need to be where the future is.”

I felt the way people were consuming content was changing

Sloth, who retained control of Fire In The Booth even though it aired on the BBC, made it clear that he sees it as his creation.

“Knowing that something that has been my life for over 10 years is now going to progress, grow and be in a place that I don't feel it could have ever been previously… it's exciting,” he said. “It's what I love doing. The excitement is also for the artists that are going to take part in it. And that's what I wanted to do, to give them a platform.”

While the show will be marketed to Apple Music users globally, Sloth pledged to continue supporting UK artists.

“I feel that UK music is in a place that it's never been in my whole time supporting the culture in the way that I have,” he said. “I feel that it's desired in a way it's never been before globally, and with Apple Music and Beats 1, I feel that I offer something to these artists in the UK that no other platform can offer at the moment.

Apple Music will also host a Charlie Sloth playlist and a Fire In The Booth playlist.

Tiffany Calver has taken over The Rap Show on 1Xtra.