Apple Music for Artists: A first look at the tech giant's analytics tools 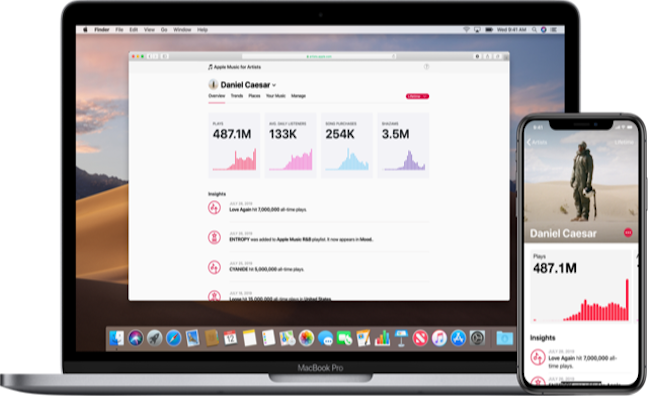 Apple Music for Artists has come out of beta and is now available for all acts on the platform.

While Spotify has already won over the industry to its data insights, Apple Music will be hoping it can be as effective for artists as the streaming rival. Apple Music for Artists has incorporated feedback from artists and labels as it emerges from beta.

Music Week has had a trial of the app on both desktop and iOS, and one of the notable features is the Shazam insights. As part of Apple’s music empire, it’s a potentially valuable function, as Shazam is often a first route to artist discovery thanks to shows such as Love Island.

Artists can see their Shazam data, including the top Shazamed cities and countries, in their Apple Music for Artists profile. The app is also unique in providing song and album sales from iTunes.

Location data is also key to Apple’s analytics tool, which reveals streams in individual cities. Like Spotify, Apple is confident that such streaming location data is crucial for acts in plotting touring activity.

Apple told Music Week its location-based analytics are in line with all data privacy rules.

As you’d expect, Apple Music For Artists can track playlist appearances (and even positions) on a global basis. New milestones such as one million plays will be highlighted with alerts for artists, while sudden spikes in streams anywhere in the world will enable management to focus their efforts on the right locations.

Artists also have the ability to directly upload a new image in line with releases and campaign activity.

Apple told Music Week the mobile app is a “powerful on-the-go, in-your-pocket view” of an artist’s streaming activity. Based on the demo, it provides an intuitive tool for artists.

But while Apple Music is available on Android, there’s no sign of the analytics platform rolling out beyond iOS just yet.